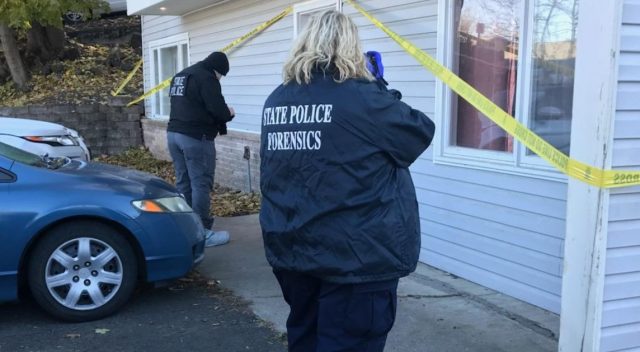 Police Chief James Fry will give an update of the ongoing investigation into the quadruple homicide that occurred at 1122 King Road on Sunday, November 13. Officials from the Moscow Police Department, Idaho State Police, the City of Moscow, and University of Idaho will be present.

According to the police department, the suspect was arrested in Monroe County Pennsylvania, they will release that information soon.

The Moscow Police Department is providing the following information to update the public on the known facts surrounding the four murders that occurred on November 13th in Moscow, Idaho.

On the evening of November 12th, Kaylee Goncalves and Madison Mogen were at a local bar called The Corner Club at 202 N. Main Street, in downtown Moscow, between 10 p.m. and 1:30 a.m. on November 13th. At approximately 1:40 a.m., Kaylee and Madison were seen on video at a local food vendor called the “Grub Truck” at 318 S. Main Street and used a private party for a ride home from downtown to arrive at their 1122 King Road residence at 1:45 a.m.Investigators have determined that Ethan Chapin and Xana Kernodle were seen at the Sigma Chi house on the University of Idaho Campus at 735 Nez Perce Drive. At approximately 1:45 a.m., Ethan and Xana are believed to have returned to the residence at 1122 King Road. It was previously reported that Ethan resided at the home; however, it has been determined that he was only visiting.

Two other roommates were at the residence that night.

On November 13th, at 11:58 a.m., officers responded to the residence after a 911 call reported an unconscious individual. Upon arrival, officers discovered Kaylee, Madison, Xana, and Ethan deceased inside the residence.

Autopsies were conducted on November 17th. The Latah County Coroner confirmed the identity of the four murdered individuals and their cause and manner of death as homicide by stabbing. The coroner stated that the four victims were likely asleep, some had defensive wounds, and each was stabbed multiple times. There was no sign of sexual assault.

At this time in the investigation, detectives do not believe the two surviving roommates or the male in the Grub Truck surveillance video are involved in this crime. Additionally, online reports of the victims being tied and gagged are not accurate. The identity of the 911 caller has not been released. As part of the investigation, detectives seized the contents of three dumpsters on King Road to locate possible evidence. Additionally, detectives have contacted local businesses to determine if a fixed-blade knife had been recently purchased.