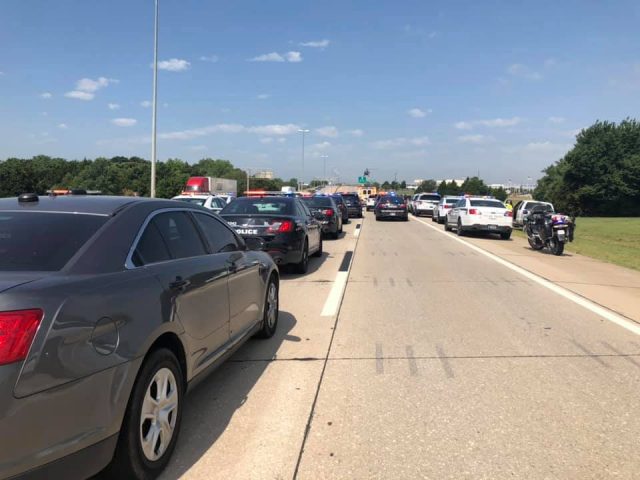 OKLAHOMA – Oklahoma officer Sgt. Craig Johnson died tuesday after being shot while on duty, today at 11 am his body was being transferred to donate organs when a car collided with several of the escorting officers bikes injuring them.

According to Oklahoma State Highway patrol on June 30th two Oklahoma police officers were shot during a traffic stop. The officers were attempting to arrest an individual when he pulled a gun and fired several times wounding both men. The suspected gunman David Anthony Ware was arrested after a more than 7 hour search.

Today Oklahoma Highway Patrol, and officers from the area were helping transferred the fallen officer for donation of his organs to help save lives, when car came into contact with several officers in the transport seriously injuring several officers.

Police are still investigating what has happened at this time.