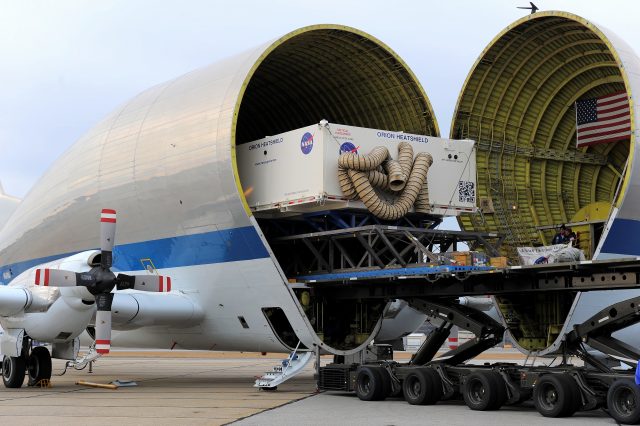 OHIO — Some of you likely have heard that NASA has a Super Guppy. It is NASA’s wide cargo plane. It has landed in Ohio a couple of other times. As of the latest news, we have heard it is expected to land in Mansfield, OH at Mansfield Lahm Regional Airport Sunday Afternoon around 2:30 PM. It will be carrying the Orion space capsule on board. The Orion Spacecraft is expected to be transported to the NASA Plum Brook Station in Sandusky, OH as part of a preparation for the Artemis I moon mission. The trip to Sandusky will take roughly 6 hours!

SUPER GUPPY FACTS: The Super Guppy is a cargo aircraft that is able to transport over sized cargo. The aircraft spans 143 feet in length and is over 46 feet tall. It will cruise at speeds topping out at around 250 MPH and it weighs over 100,000 pounds when it is empty!

The first guppy aircraft was designed in 1961 from a KC-97 Stratotanker with a 19-foot capacity for cargo to be transported. The first design made sure transporting large cargo could be done in hours instead of weeks! In 1965, due to the success, a larger guppy was built with a 25-foot diameter cargo bay and engines with more power. As years went on, Super Guppy Turbines were used in Europe through the 90’s.