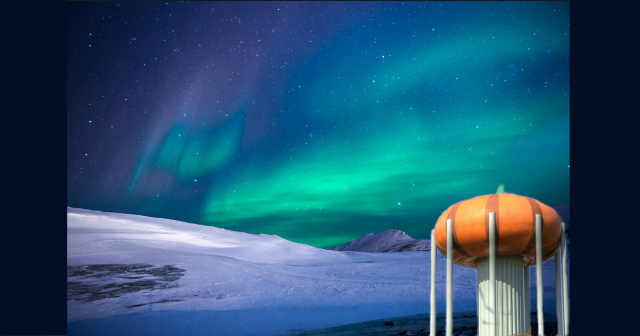 On September 4th, at 4:33pm EST, the sun released a large M-class flare that is bound towards Earth. NASA has advised that the CME (Coronal Mass Ejection) is likely going to strike Earth late on September 6th, tonight. 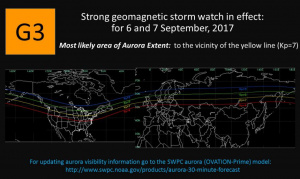 The storm may interfere with some satellites, but no major adverse effects are predicted. However, the timing of the flare suggests that Ohio may be in store to be able to see the “Northern Lights”, which is a rare event for Ohioans.

As per NASA, northern Ohio is in the “Most Likely extent” of the lights. However, Central Ohio and Pickaway County are well within the KP=9 band of the solar flare territory, which means that there is a possibility that we too, may get to see the aurora tonight. NASA has advised that the storm will start late tonight, at approximately 11:00 pm and go through the early hours of Thursday, September 7th. Regrettably, the moon is likely to be full during the night, which may dampen what lights are viewable if they are viewable during the solar event.

If you do see any strange lights in the sky tonight, please do not call emergency services as to overload their already sizable load of duties. The northern lights should not have any adverse effects on anyone and are merely a natural phenomenon that can be observed safely but are a rarity for Pickaway County.

The Northern Lights are caused when charged solar particles hit molecules in Earth’s atmosphere. The Earth’s magnetic field typically funnels such particles towards the magnetic poles. However, during a Coronal Mass Ejection (CME) particles can strike at lower latitudes, leading to the event we may see in Pickaway County this evening. This is an M-Class solar event, which is a “Medium-Strength” event. The sun recently launched an X-Class solar event, which is an extremely powerful solar outburst, but the particles are not headed towards Earth.