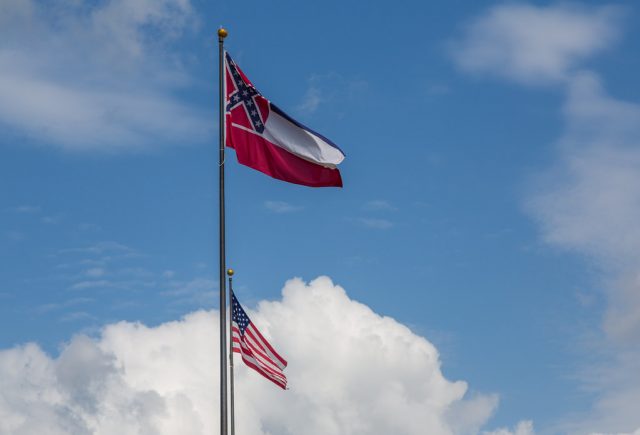 MISSISSIPPI – Mississippi lawmakers voted this sunday to remove parts of the flag that have flown for more than 120 years.

Both the House and Sentate have approved and voted for the removal and change of the states flag that adorns the Confederate battle flag emblem. The bill pass the House on Sunday by a vote of 91-23, quickly followed by a 37-14 Senate vote.

The bill calls for a commission in charge of a new flags design that still includes “in god we trust,” but removes the Confederate battle icon. The redesign will be then placed on the November ballot for people to vote for or against. If the flag doesn’t pass they will continue to redesign until people find a suitable flag to represent all of Mississippi.

This bill comes after pressure from racial social outrage across the country, and from NCAA basketball that said they would consider boycotting the state until there was removal.