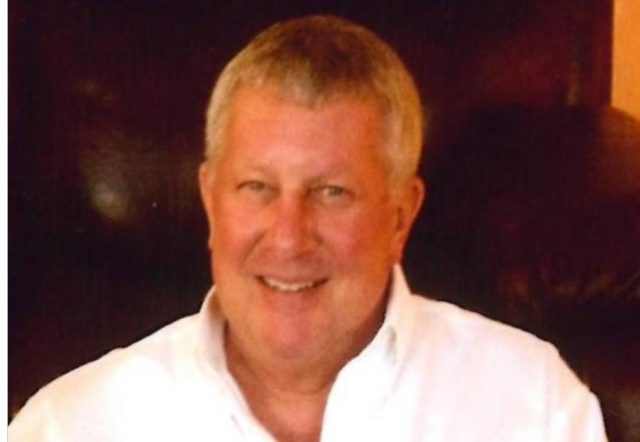 Michael R. Gilmore, age 74 of Circleville passed away Thursday, January 13, 2022. He was born in Circleville, OH to the late Walter D. and Dorothy I. (née Spangler) Gilmore. Mike graduated from Circleville High School in 1965. After High School Mike began a 30 year of service in the USAF and Ohio Air National Guard. He spent 18 years as a recruiter – a position he loved. From 1992-2018 he served as a commissioned Deputy for the Pickaway County Sheriff’s Department. He was a proud member of the NRA, the Jaycees where he served as both a state and national director, B.P.O.E. Lodge # 77 where he was a 45 year member and the Buckeye Sheriff’s Association. He enjoyed his service in the Sheriff’s department working as a bailiff and with the judges at the courthouse as well as serving in the Pickaway County Sheriff’s Marine Patrol from 1992-2005. Mike never met a stranger. In addition to his parents, he is preceded in death by his brothers Stephen and Randy Gilmore; and sister-in-law Carol (Anderson) Gilmore. He is survived by his daughters Heather (Tony) Nicol and Michelle (Brian) Thompson; grandchildren Dustin, Lindsay (Nick), Samantha (Angel), Gabrielle, and Alexander; great-grandchildren Nathan, and Addison; and sister-in-law Diana Caruso Gilmore; and nieces and nephews. Family will receive friends 4-7 PM Tuesday at Defenbaugh-Wise-Schoedinger Funeral Home 151 E. Main St Circleville where his funeral service will be held 10 AM Wednesday, January 19. Interment to follow at Reber Hill Cemetery. In Lieu of flowers, contributions may be made in Mike’s memory to K9s for Warriors www.K9sforwarriors.org Visit www.schoedinger.com to share a favorite memory of Mike