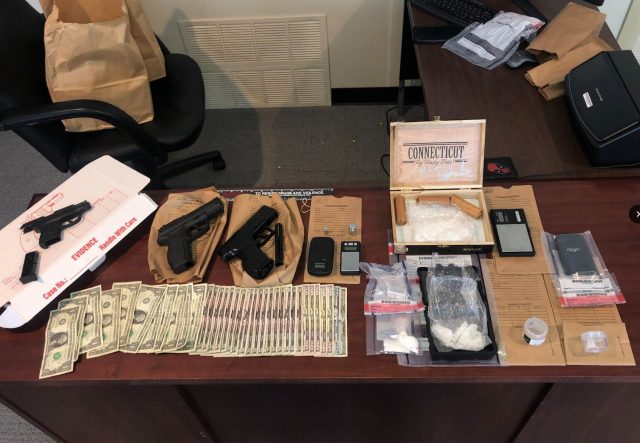 Scioto County Sheriff David Thoroughman and Portsmouth Police Chief Debby Brewer announce that a Portsmouth, Ohio man has been arrested for drug possession. The arrest comes after detectives from the Sheriff’s Office and Police Department conducted a “Knock & Talk” at a local hotel in Rosemount.

On Wednesday, October 14, 2021 at approximately 4:12 p.m., detectives from the Scioto County Sheriff’s Office and the Portsmouth Police Department, assisted by deputies, followed up on complaints of drug activity at a hotel in Rosemount. Detectives made contact with a tenant of the room and asked to speak with her. Upon entering the room detectives made contact with a male tenant.

The tenants were living in two adjoining rooms, one room contained the bed and bath rooms, while the other contained the kitchen and living room area. Detectives obtained a consent to search from the tenants.
The investigation and search revealed approximately 150 grams of a rocky substance that is believed to be Methamphetamine. Detectives also located approximately 10 grams of an unknown powdery substance, a Ruger LCP .380 semi-automatic handgun, digital scales and other evidence of drug trafficking.

47-year-old George Webster of Portsmouth, Ohio (listed as homeless) was arrested for Possession of Drugs, a felony of the 1st degree. Webster was placed in the Scioto County Jail and is scheduled to be arraigned in Portsmouth Municipal Court on Thursday, October 14, 2021 at 9:00 a.m.
The case against Webster, as well as the female tenant, will eventually be forwarded to the Scioto County Prosecutor, Shane Tieman, to be presented to a Scioto County Grand Jury for the consideration of additional felony charges.