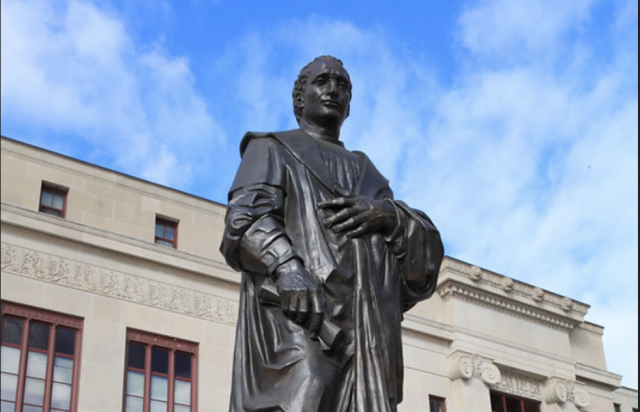 COLUMBUS – The Mayor of Columbus Andrew Ginther has announced the removal of the statue, “as soon as possible.”

The mayor says that the statue will be removed and placed into storage, he has commissioned the Columbus Art Commission to lead an effort to replace the statue with public artwork, “that better reflects the people of Columbus and offers a shared vision for the future.”

“For many people in our community, the statue represents patriarchy, oppression and divisiveness. That does not represent our great city, and we will no longer live in the shadow of our ugly past.Now is the right time to replace this statue with artwork that demonstrates our enduring fight to end racism and celebrate the themes of diversity and inclusion,” said the Mayor.