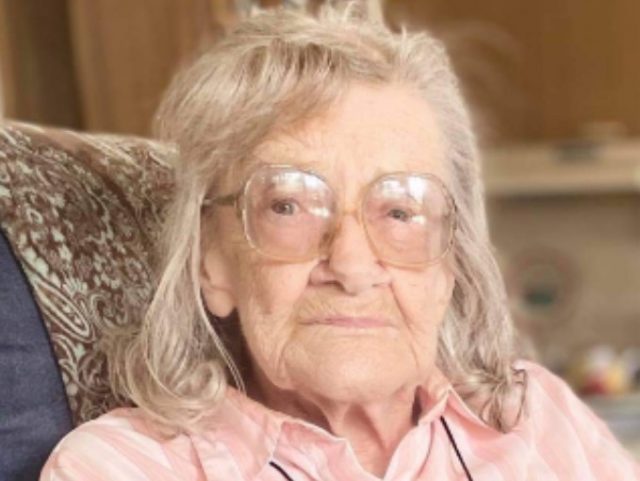 Marjorie Louise Pickering peacefully entered eternal life on Monday, May 10, 2021. The daughter of Archibald and Hazel (Rutherford) Peters, she was born at the family farm just northeast of Ashville on June 30, 1924. She graduated from Walnut High School in 1941. She married her college sweetheart James (Jim) Pickering, in 1945; they started a dairy farm northeast of Ashville and by 1951 had three sons. Sadly, James passed from Leukemia in 1953.

Marjorie was a talented, caring first grade teacher at Walnut Elementary for 20 years. Marjorie got a temporary teaching certificate in 1959 and was able to become a schoolteacher by working towards her degree during the time off during summer vacations. She influenced the lives of many children over the years and left many noteworthy memories. She earned a Bachelor’s Degree in Education from Capital University in 1969.

She was also an active member at and organist for St. Paul Lutheran Church during these years. Marjorie retired from Walnut Elementary and began a volunteer career through the Lutheran World Brotherhood Exchange by teaching at the Hopi Mission School on the Hopi Reservation in Arizona for 7 years. Upon returning from Arizona, she settled in Circleville where she was a substitute teacher and volunteered as a classroom aide at Nicholas Drive Elementary School, up into her 80’s. Marjorie was a dedicated volunteer at the Pickaway Manor Care Center, up into her 90’s. At Pickaway Manor, Marjorie was a dining room volunteer every evening, volunteered for their activity programs every Saturday, and played the organ for and assisted in Church services every Sunday. Marjorie knitted countless mittens for the Lutheran Social Service and spent countless hours helping others. Marjorie received plaques for Volunteer of the Year for 1989, 1992, 1993, 1994, 1995, 1996, and 1997 from Pickaway Manor. She received the award for Volunteer of the Year from the Ohio Health Care Association in 1995. She was awarded the Service to Mankind award by the Circleville Sertoma Club in 1996. Marjorie’s great faith, volunteer service, and love for all people serve as a wonderful example for us all. She was greatly loved and will be greatly missed.

Marjorie’s wishes were that there be no church service or calling hours. There will be a private graveside service at Reber Hill Cemetary on Saturday, May 15th at 11am. In lieu of flowers, donations may be made to the Peace Academic Center (formally the Hopi Mission School.)