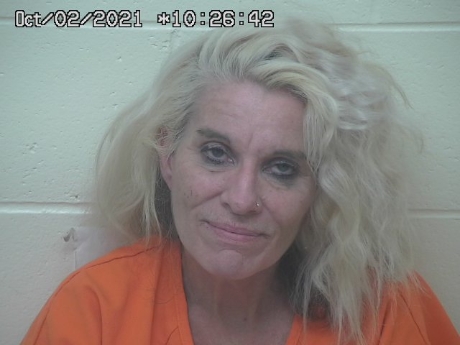 Scioto County Sheriff David Thoroughman stated that his 9-1-1 Communication Center received a 9-1-1 call at 4:15 am requesting an ambulance to respond to 141 Tylers Way, Franklin Furnace Ohio. The caller
stated that a male had fallen and had a possible head injury.

Green Township Ambulance responded to this location and transported the male subject to Saint Mary’s Emergency Room, located in Ironton Ohio. Once at the hospital, E.M.S. was advised that the male had a gunshot wound. Green Township E.M.S. personnel then contacted the Scioto County Sheriff’s Office.
Scioto County Sheriff David Thoroughman stated that deputies, along with detectives, responded to the residence and hospital to begin an investigation. A female resident, Tracie Darby, was interviewed and
later charged with Tampering with Evidence and Obstructing Official Business.

The shooting victim has been identified as Charles G. Cremeans, age 43 of Ironton, Ohio. Cremeans was transported to Saint Mary’s, in Ironton, for the injuries which resulted in his death. Cremeans has been sent to the Montgomery County Coroner’s Office for an autopsy.

Arrested was Tracie Darby, age 53, of 141 Tylers Way Franklin Furnace, Ohio. Darby has been charged with one count of Tampering with Evidence, a felony of the 3 rd degree, and Obstructing Official Business, a misdemeanor of the 2 nd degree. Darby is currently being held in the Scioto County Jail without bond.

Sheriff David Thoroughman stated that this is still an ongoing investigation that could result in more charges. Anyone with information should contact the Scioto County Sheriff’s Office at 740-354-7566.