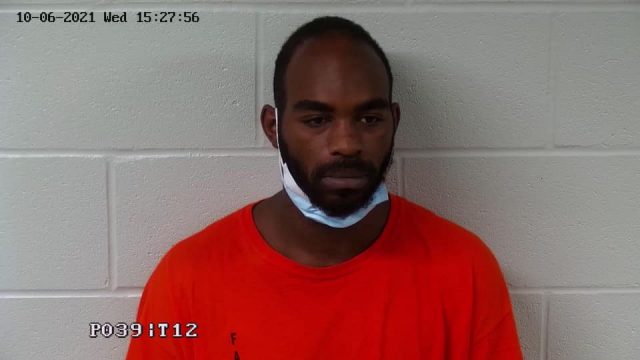 A Columbus, Ohio man was arrested Tuesday afternoon and charged with Aggravated Robbery and Abduction at a residence on White Oak Road in northeast Fayette County stemming from an incident that began at the Bureau of Motor Vehicles office on East Street in Washington Court House.​

The Fayette County Sheriff’s Office was called to the Bureau of Motor Vehicles office after a staff member reported that a subject came into the office and reported a male subject was reportedly being held against his will at gunpoint by another unknown male. The subject further reported to BMV staff that the two males were reportedly at the BMV office earlier and the victim identified in the incident was forced to sign over title to his motor vehicle to the suspect, later identified James Ragland III, age 29 of Columbus, Ohio. The subject reporting this information to the BMV staff departed prior to the arrival of deputies but was later located and interviewed. ​

During the course of the investigation, the vehicle description and registration plate was identified as was other information that led deputies to other identified locations throughout Fayette County in an attempt to locate the victim reportedly being held against their will. Shortly before noon, a sheriff’s detective reported locating the victim’s vehicle at a residence in the 6000 block of White Oak Road. Additional deputies and detectives responded and approach was made to the home. Upon approach, deputies reported a male subject fleeing the front of the home in their direction who was later identified as the victim. Deputies also observed a second male (Ragland) exit the front door of the residence and ordered him to the ground. Ragland fled back into the residence and closed the door to the home. Deputies moved the victim to safety and set up a perimeter around the residence. A short time later, Ragland reportedly tried to escape the home through a rear window and was taken into custody by deputies without incident. The residence was secured by deputies and search warrants were obtained and later executed on the residence and vehicle.

Articles of evidence were reportedly recovered from both. ​Ragland was transported to the Fayette County Jail where he was charged and incarcerated. Ragland appeared for arraignment before the Washington Court House Municipal Court on Wednesday and was ordered held on a $250,000.00 bond. The incident remains under investigation.