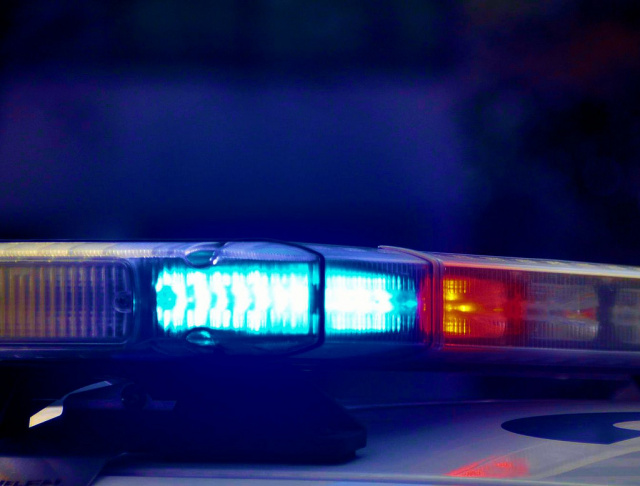 On October 15, 2018 at about 1718 hr. the Circleville Communications Center received a 911 call regarding an Attempted Abduction of a pre-teen juvenile that took place within the 400 and 500 blks of E. Mound St.

Information was reported that an adult male white attempted to take the child by grabbing and restraining the child. The man placed his hands over the child’s mouth as the child struggled to get away from the man. The child sustained minor injuries. The man fled from the scene in a black truck that had some identifiable markings on the hood. The man was described as a white male, having a brown beard, black shirt, and black pants.

The Officers followed the tips during the investigation and located the suspect and the suspects’ vehicle at his residence. The suspect was identified as one William Patrick Weaver of Circleville. The suspect denied being involved in the reported crime. However, due to evidence that was obtained, William Weaver was arrested for Att. Kidnapping and Felonious Assault. William was taken to the Pickaway County Jail to be held on said charges. 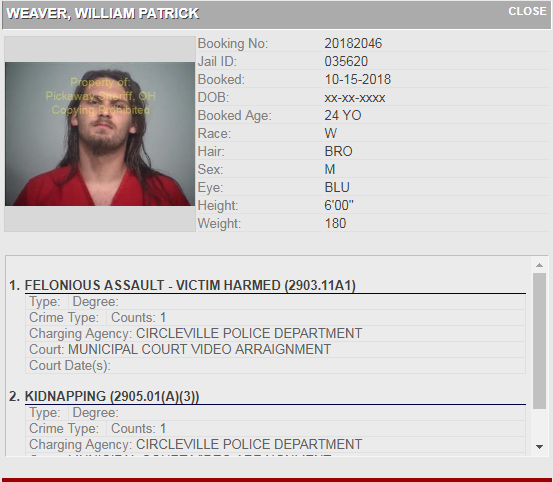