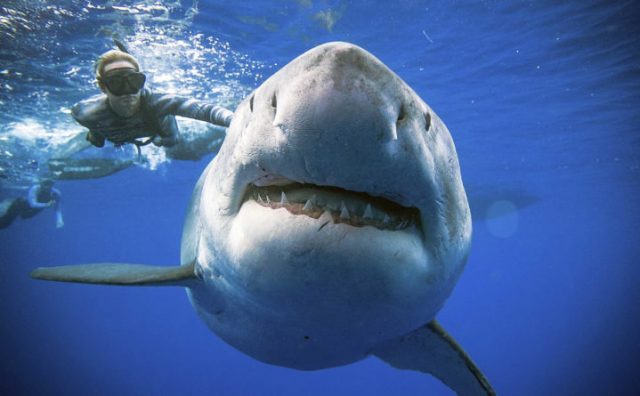 BAILEY ISLAND – Something happened off the coast of Maine this week that has not happened before, ever.

The Maine Marine Patrol investigated a fatality of a woman this week near Bailey Island. According to Marine Patrol, an eye witness reported that the woman was swimming off the shore near White Sails Lane when she was injured in what appeared to be a shark attack. Kayakers nearby brought her to shore and EMS responders were called to the scene where she was pronounced deceased.

This immediately launched a marine investigation that determined that the attack was from a Great White Shark that was in the area. Investigators were able to remove a tooth that was lost during the attack and determine the species of shark.

Some species of shark dogfish, blue shark, porbeagle, and basking are common off the coast of Maine and hunt fish and mammals like seal in the waters, but never has a person been killed by an attack by shark in Maine.

Typically people kayak and boat in the area of Bailey island, swimming isn’t common because of the cold temperature of the water off the coast of Maine. Usually people wear wetsuits to keep core temperature, this has been known to appear to sharks as a seal and may have instigated the attack.

Julie Dimperio Holowach, 63, of New York City died in the attack when she was swimming with her daughter about 60 feet from shore, her daughter was unharmed. Officials have restricted swimming and water sports off the coast until its deemed safe again.