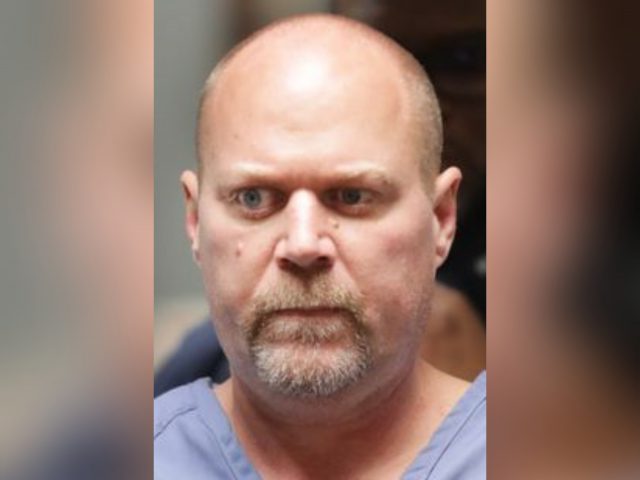 Louisville KY- A Kentucky man was sentenced in federal court to life in prison without parole in connection with his racially motivated murder of two Black patrons at a Kroger grocery store and his attempted murder of a third in Jeffersontown, Kentucky.

Gregory A. Bush, 53, of Louisville, Kentucky, previously pleaded guilty-but-mentally-ill to state charges for murder, attempted murder and wanton endangerment arising out of the shooting and was sentenced to a life term in state prison.

During his federal plea hearing, Bush admitted that on Oct. 24, 2018, he drove to a Kroger grocery store in Jeffersontown armed with a Smith & Wesson, model 411, .40-caliber pistol. In the store, Bush followed a Black man, who was shopping with his grandson, for the length of an aisle before pulling the gun from his waistband and shooting the victim in the back of the head. Bush then shot the victim several more times in the torso, killing him. Bush had no prior relationship with the victim and chose to shoot him because of the victim’s race.  Bush then re-holstered his gun and calmly walked out of the store.

In the parking lot, Bush walked up to a Black woman and shot her several times in the head and body, killing her. Bush had no prior relationship with this victim and chose to shoot her because of her race.

Seconds later, Bush encountered a Black man who was in lawful possession of a handgun. The third victim asked Bush what was going on, and Bush, without responding, began walking toward him with the gun drawn. The third victim fired at Bush, and Bush returned fire. After about a minute, Bush stopped shooting and walked away. Bush had no prior relationship with the third victim and chose to shoot at him because of his race. Bush next encountered a white man, who was legally armed with a firearm. Bush told him, “Don’t shoot me [and] I won’t shoot you. Whites don’t shoot whites.”

“The defendant is being held accountable for his vicious, racially motivated attack on three Black individuals who were targeted because of the color of their skin, resulting in the untimely death of two of his victims and irreparable harm to the third,” said Assistant Attorney General Kristen Clarke for the Justice Department’s Civil Rights Division. “Racially motivated acts of violence must not be tolerated in our country today. The Civil Rights Division of the Department of Justice will continue to work with our federal, state and local partners to ensure that individuals who commit bias-motivated crimes are brought to justice for their actions.”

“Life in prison is appropriate in light of the brutal acts committed by the defendant against our fellow citizens,” said Acting U.S. Attorney Michael A. Bennett of the Western District of Kentucky. “The initial law enforcement response and investigation, collaboration by federal and state prosecutors, and the sentence imposed serve notice to all that race-based violence will be met with swift and exacting justice.”

“Today, Mr. Bush was held responsible for his vile conduct,” said Special Agent in Charge Robert Brown of the FBI Louisville Field Office. “We are a diverse city and country, bound together by shared values and beliefs. We are also a nation of laws. When those like Mr. Bush betray our shared values and violate our laws, the FBI and its Department of Justice partners will be ready to hold them accountable. This is just one example of how hate and violence will not be tolerated and have no place in our community.”

“This was a heinous crime where innocent victims were gunned down for no other reason than the color of their skin,” said Special Agent in Charge R. Shawn Morrow of the Bureau of Alcohol, Tobacco, Firearms and Explosives (ATF) Louisville Division. “The ATF Louisville Division worked tirelessly alongside our law enforcement partners to seek justice for the victims, their families and the community at large impacted by this hate crime. Today’s life sentence in prison demonstrates law enforcement’s stance against race-based violence and our commitment to justice.”

This case was investigated by the FBI Louisville Office, the ATF Louisville Field Division, and the Jeffersontown Police Department, and was prosecuted by Special Litigation Counsel Christopher J. Perras of the DOJ’s Civil Rights Division and Assistant U.S. Attorney Amanda Gregory of the Western District of Kentucky.