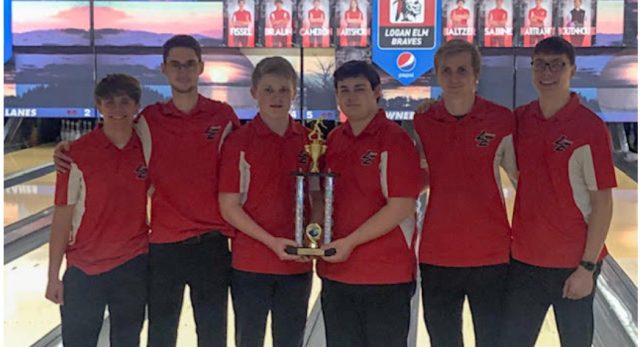 The Braves finished the sectional tournament with a 3891 total pinfall capturing 2nd place behind Hillsboro. The top four spots qualify for the Southeast district tournament on Monday, February 21st at Shawnee Lanes.

Bryce Baltzer earned the number one spot in the tournament with a 713 three-game high series.

The top two spots at the district tournament will move on to the state tournament held on March 4th and 5th at Wayne Webb’s Columbus Bowl.