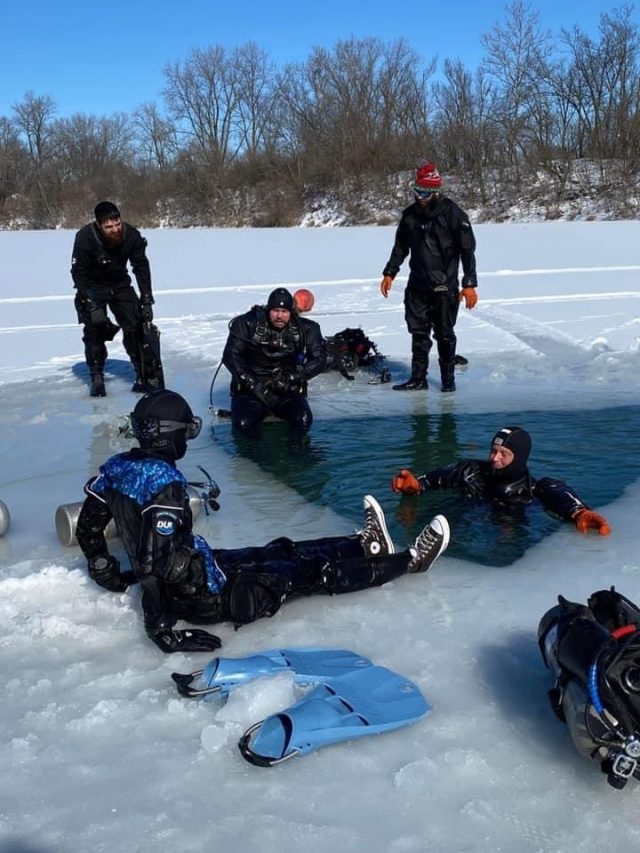 CIRCLEVILLE – For some people cutting a hole in the ice and diving underneath sounds like a great idea.

Shane Overcash, Ryan James, Skid Rhoads, and Columbus SCUBA decided to do just that locally. On Sunday the temperature was around freezing outside, with a nice sunny day, water temps were around 30 degrees. The quarry is located off Island road just North of the Pickaway Sheriff department

According to Shane, the ice was about four inches thick and it took them some time to chip away and actually get a hole big enough to get in the water.

Overcast told Sciotopost it is quite the experience being under four inches of ice. He said that he enjoyed watching the bubbles get trapped under the ice. Check out the video below