“With the Current Guidelines that were release this week by the Ohio Department of Health and the Ohio High school Athletic Association, it has become clear that a safe and successful season is not going to be possible this year.”

The league says that they held out as long as they could, “in hopes that guidelines and restrictions would be lifted to be able to have a season.” 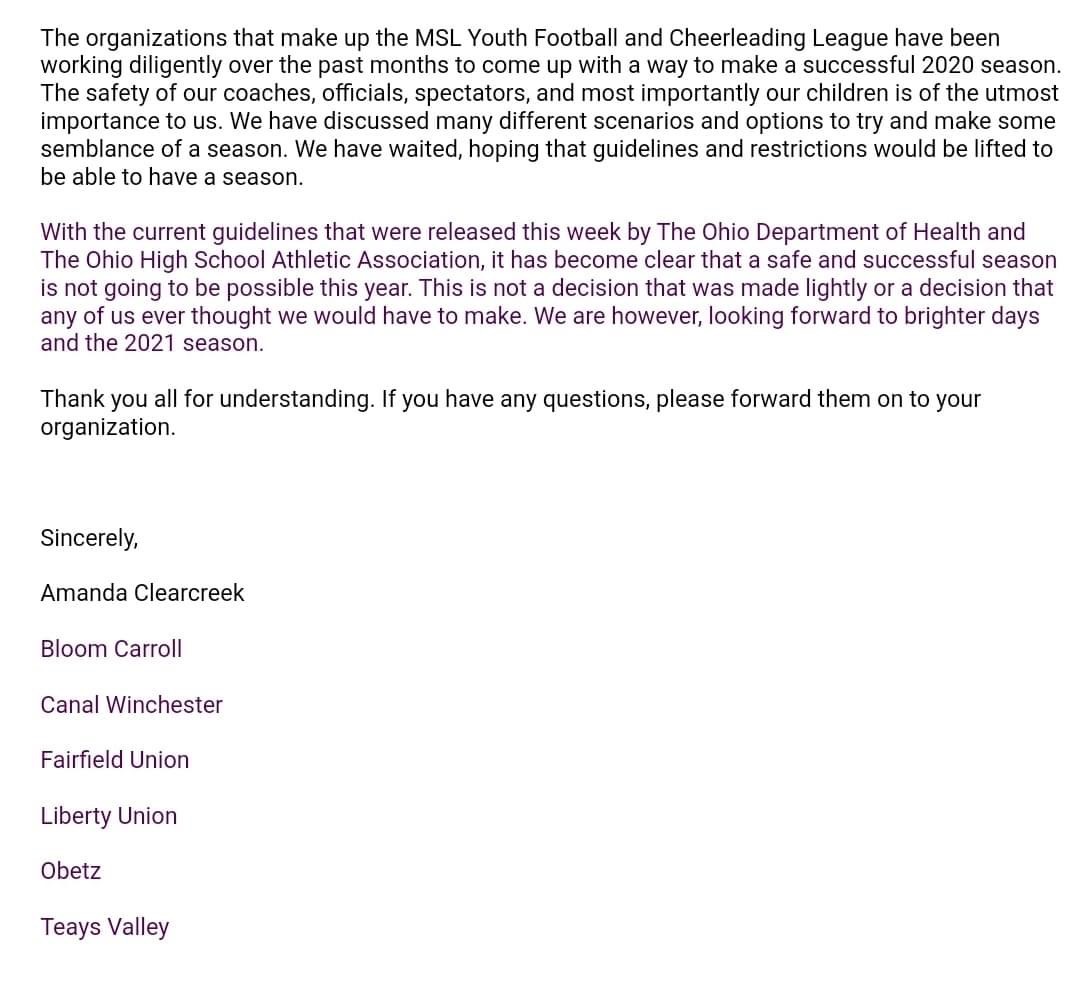 Westfall still plans some scrimmages at this time.