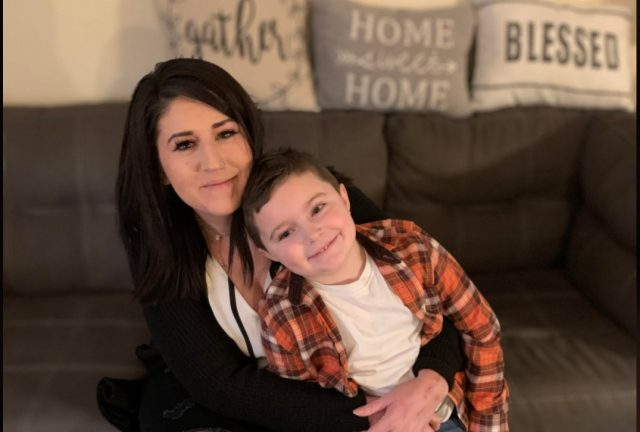 CIRCLEVILLE – A mother says that she will be in court the next few days asking for the judge to give a local drug dealer maximum sentences after she says he sold her daughter drugs and she accidentally overdosed and died from them.

Teresa Perkins said that the man who sold her daughter drugs was helping sneak them to her by doing drive-by drops in her yard at her house in Williamsport.

“He should have never been out of jail in the first place, he was on probation for selling drugs and he went right back to doing it after he got caught. My daughter wasn’t perfect, she was trying to remain sober, but he made it too easy for her.”

The man Perkins is talking about is Clifford W. Browning II, 48, of Circleville who was caught trafficking drugs for the first time on April 21, 2021, in his apartment after a warrant arrest for unrelated charges, police noticed evidence of narcotics activity in plain view.

Upon performing the search warrant Fentanyl, Methamphetamine, Crack Cocaine, Heroin, Marijuana, drug paraphernalia, and other evidence that narcotics trafficking had been occurring at this residence. In total 1 ounce of Methamphetamine was located, and 5.89 grams of Fentanyl was located in the residence.

Browning was held on a probation violation because at the time of the bust in April he was on probation for violation of a protection order and was given a 12-month prison order that was suspended.

When he was caught with the above drugs and found in violation of his probation he spent a few months in jail but again was released on 7/30 under community control from Pickaway County Common Pleas. It didn’t take him long to go back into a life of crime.

On Thursday, December 2, 2021, the Circleville Police Department assisted by the Circleville Municipal Court Probation Department and the Pickaway County Sheriff’s Office seized an amount of Methamphetamine, over 12 times the bulk amount, during a traffic stop in the city of Circleville.

During the search over 38 grams of narcotics were recovered, including Methamphetamine, Cocaine, Crack Cocaine an unknown amount of purplish-gray powder. Also located were clear plastic baggies, digital scales, magnetic boxes, and an overabundance of narcotics paraphernalia.

Browning would be arrested again, but according to Perkins it was too little too late, her daughter Danielle had already accidentally overdosed and died on November 30, 2021, from Fentanyl that she said was sold to her from Browning.

“I lost my daughter and now I’m raising my Grandson myself, things have been hard, and my daughter was trying hard to get clean and stay clean, she relapsed and it cost her everything. I want to make sure that it costs him everything too.”

A jury trial is set for 5/12/22 at the Pickaway County Common Pleas Courthouse. We will update you with more information soon.