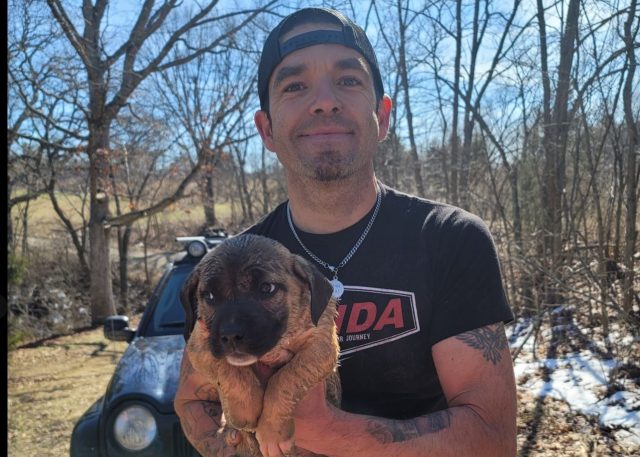 Today we received a call about a puppy who had fallen down a ravine approximately 80-100 feet and landed on a slate ledge near a small waterfall. We sent staff out to see if they could safely retrieve the 8 week old mixed breed pup and it was quickly determined they could not. They could hear him crying but could not see him because he was too far down.

A plea went out to social media and a friend of the shelter, local veteran and Professional Cyclist Joe Lawhorn answered the call

Joe quickly scaled almost 100 feet down the ravine and retrieved the puppy. This puppy, who we have named Kenda was transported to North Fork Animal Clinic by shelter staff to be examined and was released to the shelter.

The puppies were all named in honor of Joe and his cycling sponsors Kenda, Rudy, Irwin, Marque and Fuji will be available for adoption in just a few days.