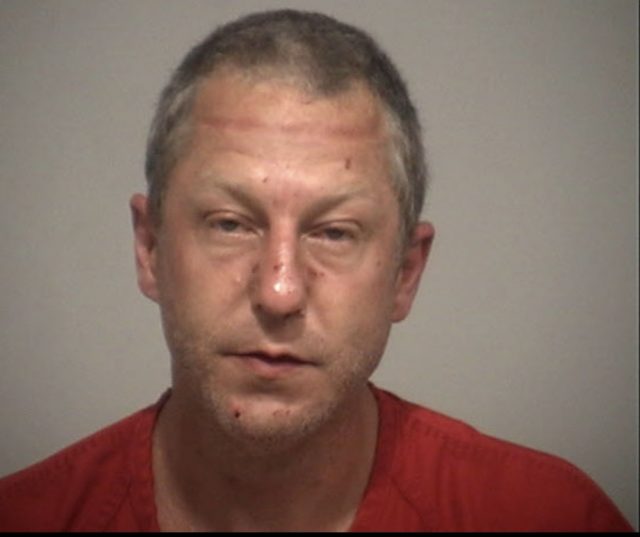 PICKAWAY – A local man has been sentenced to over ten years in jail after attacking a law enforcement officers.

The vehicle then continued eastbound on Old Tarlton Pike with Sgt. Kyle Eveland in pursuit. The vehicle turned east onto Murlette Road and then south onto Dozer Road making its way to Valentine Road in Fairfield County. On Valentine Road the Acadia came to a stop and intentionally backed into Sgt. Eveland’s patrol vehicle causing minor damage.

Sgt. Eveland continued the pursuit onto Tarlton Road, through the village of Tarlton, and onto Moccasin Road. The Vehicle turned on Lutz Road in Hocking County, then onto Swain Road to Pine Grove Road. On Pine Grove Road the Acadia went onto a farm lane and reversed direction and attempted to hit Sgt. Eveland head on. At this point Deputy Phil Relli arrived and intercepted the vehicle back on Swain Road and the vehicle again went onto a farm lane but this time it became stuck. The driver later identified as Jason Poling, age 41, of Circleville jumped from the vehicle and took off on foot. A passenger in the vehicle, identified as Tina VanDyne of Ashville was apprehended immediately.

Deputies from Pickaway, Fairfield, and Hocking Counties, the Pickaway County Unmanned Ariel Systems Unit, along with Troopers from the Ohio Highway Patrol set a perimeter around the area. After a lengthy search Poling was dropped of to deputies by a private citizen after he went to her residence and said he was broken down and asked for a ride. The citizen, who agreed to give the ride, saw numerous deputies in the area and handed Poling over to them.

Poling was sentenced in court last week and plead guilty to Felonious Assault a second-degree felony and was sentenced to 9 to 13 years in prison and a lifetime ODL suspension for his crimes.