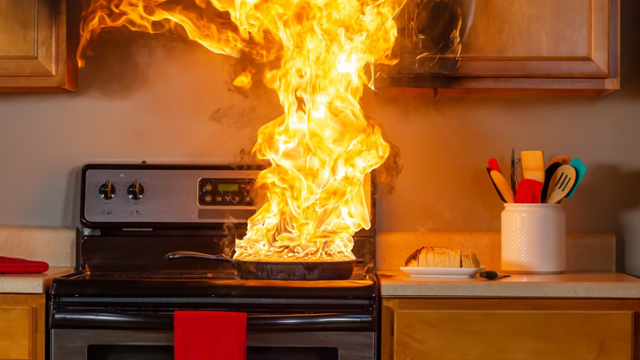 Stoutsville – Stoutsville fire were called to the scene of a possible structure fire last week after reports of an oven that exploded. After Clearcreek Twp Fire and Ems arrived and were able to deal with the situation they described on Facebook a warning on using some oven cleaners.

As our crews worked to determine the cause of the explosion more information was gathered that shed light on the cause. Earlier in the day one of the homeowners cleaned the oven with an aerosol cleaner. After finishing he immediately shut the oven door. A couple hours later the homeowners began to use the stove top to cook dinner. The heat from the stove top rose the temperature in the oven and expanded the vapors from the cleaner until they pushed out the vent and were ignited by the flames on the stove top. Luckily there were no serious injuries and no serious damage to the house, but a valuable lesson can be learned.

Thankfully in this situation, the fire snuffed itself out after burning up all of the flammable gases.

We wanted to pass along this story to hopefully avoid every receiving a call of this nature in the future.