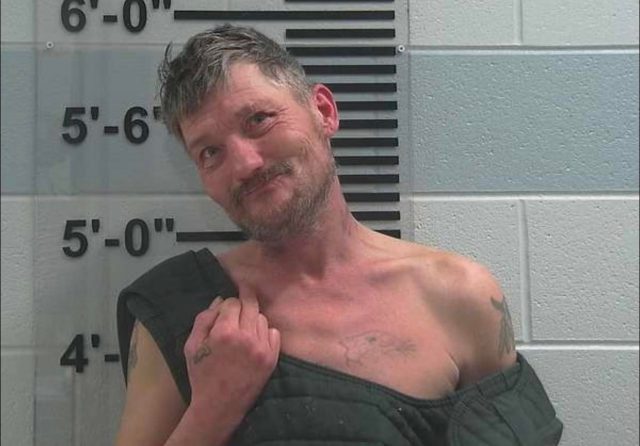 Lancaster – A man is under arrest for resisting arrest, criminal damaging, aggravating menacing, and other charges after following a man and threatening a couple with a knife.

According to the Lancaster police department on 11/03/22 they were called to the area of Harrison ave on the report of a man who was chasing a couple with a knife. When they arrived the suspect had fled the scene but he left behind two flat tires from the victim’s car and a not say that he was going to kill one of them.

According to the report, the victim knew the suspect very well and had already had a protection order against him.

The police department canvassed the area and did not find the man that night but on November 6, 2022 they did locate him staying in a shed in the back of a property on Harrison ave. The man identified as Jerry Flagg Jr. was hiding inside when police approached but refused to exit the shed. Police threatened the man with a taser before he decided to attempt to cooperate, but when he left the shed he attempted to flee from police. The department then took the man to the ground and handcuffed him.