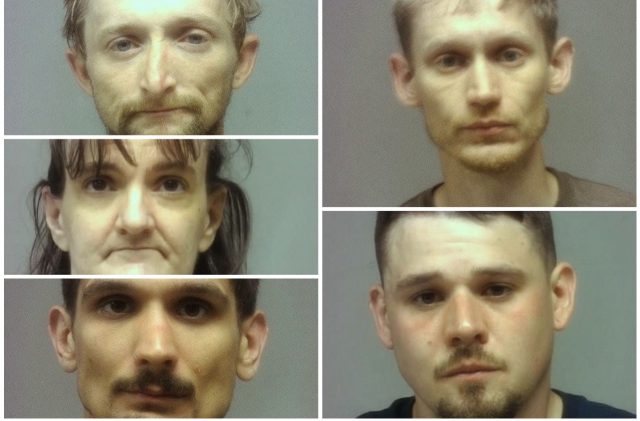 Chief Scott Fitch reports that the event was very successful. Multiple “knock and talks” as well as traffic enforcement in Nelsonville took place. Officers/Agents seized suspected methamphetamine, fentanyl, psilocybin (hallucinogen) powder, heroin, marijuana, and a stolen handgun. All narcotics evidence will be submitted to the BCI Laboratory for analysis.

Five individuals were arrested, and additional individuals will have their cases submitted to the Athens County Prosecutor’s Office for review and taken before the Grand Jury for felony indictments.

The Nelsonville Police Department would like to give special thanks to Athens County Sheriff Rodney Smith and all his Deputies, the Southeast Major Crimes Task Force, Athens County Prosecuting Attorney Keller Blackburn and his staff, Chief Investigator Jay Barrett, and other Athens Co. Prosecuting Attorney’s Office Investigators, all units with the Ohio Adult Parole Authority and Hocking College Police Department Dispatchers.

Chief Fitch said that its great to see all the Law Enforcement agencies working together to combat illegal drug activity in Athens County. Fitch said since Athens County joined the Southeast Major Crimes Task Force, he has seen an immediate impact on drug activity in the area. There is still a lot of work to be done, but I have confidence in the commitment of the participating agencies in events like this one that Athens County will be a safer place moving forward.