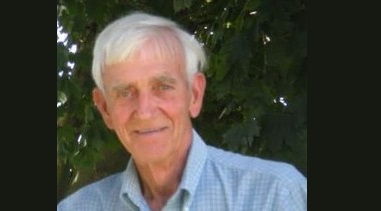 Kenneth S. Weaver, 83, of Circleville passed away October 13, 2017.  He was born on February 2, 1934 in Circleville to Delmer and Mildred (Crosby) Weaver.  In addition to his parents he was preceded in death by his wife Virginia Weaver and two grandchildren.  Kenneth retired from E.I. Dupont and was a Korea Era Army Veteran and was a member of the AmVets.  He is survived by his children Howard “Rick” (Sharlene) Lovenshimer, Jackie Lovenshimer, Nancy (Tom) Baum, Patty (Dana) Sparks, Philip (Kristine) Williams, 7 grandchildren and 14 great grandchildren.  A graveside service will be held on Tuesday, October 17, 2017 at 11:30 a.m. at Hitler Ludwig Cemetery with Chaplain Jim Ferrell officiating.  Friends may call at the funeral home on Tuesday from 10:00-11:30 a.m. Memorial contributions can be made to the American Heart Association.  Online condolences can be made to www.wellmanfuneralhomes.com.