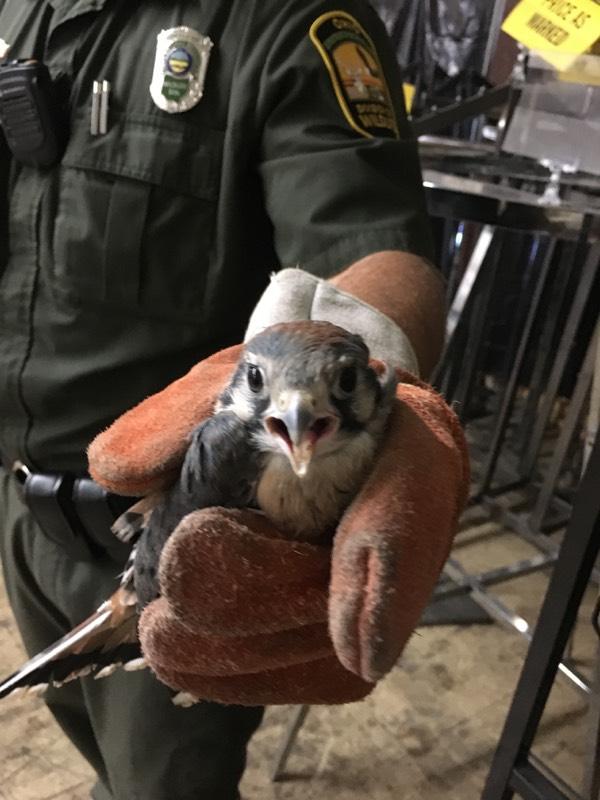 PICKAWAY – Two Juvenile Kestrel Falcons were found trapped in the back room of Tractor Supply.  According to Management at Tractor Supply, “they normally leave the back door open during regular business hours, and they have had a few birds come in at times.” When an employee noticed the Falcons, being so small he thought because they were babies that that were nesting in the back room. 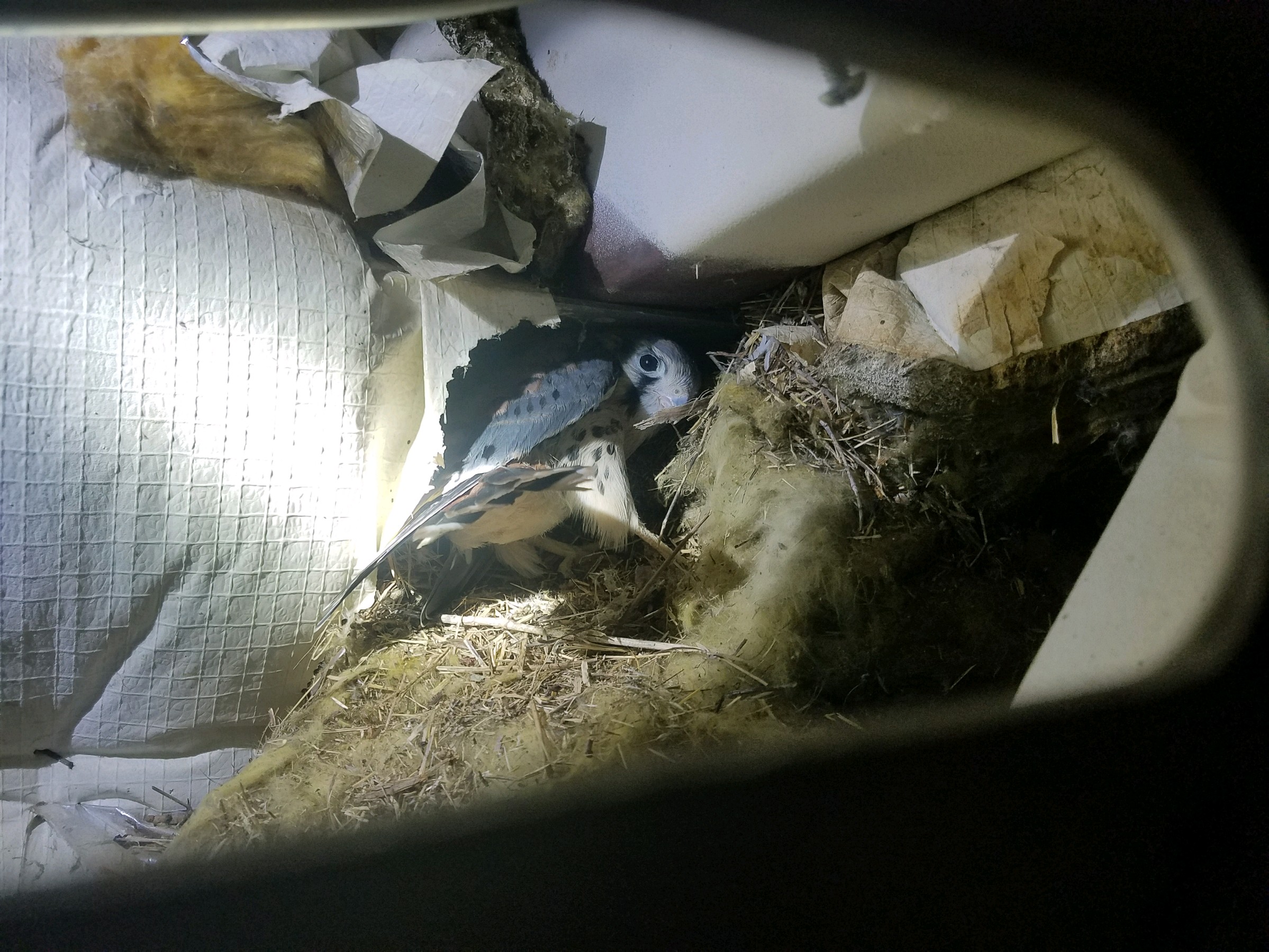 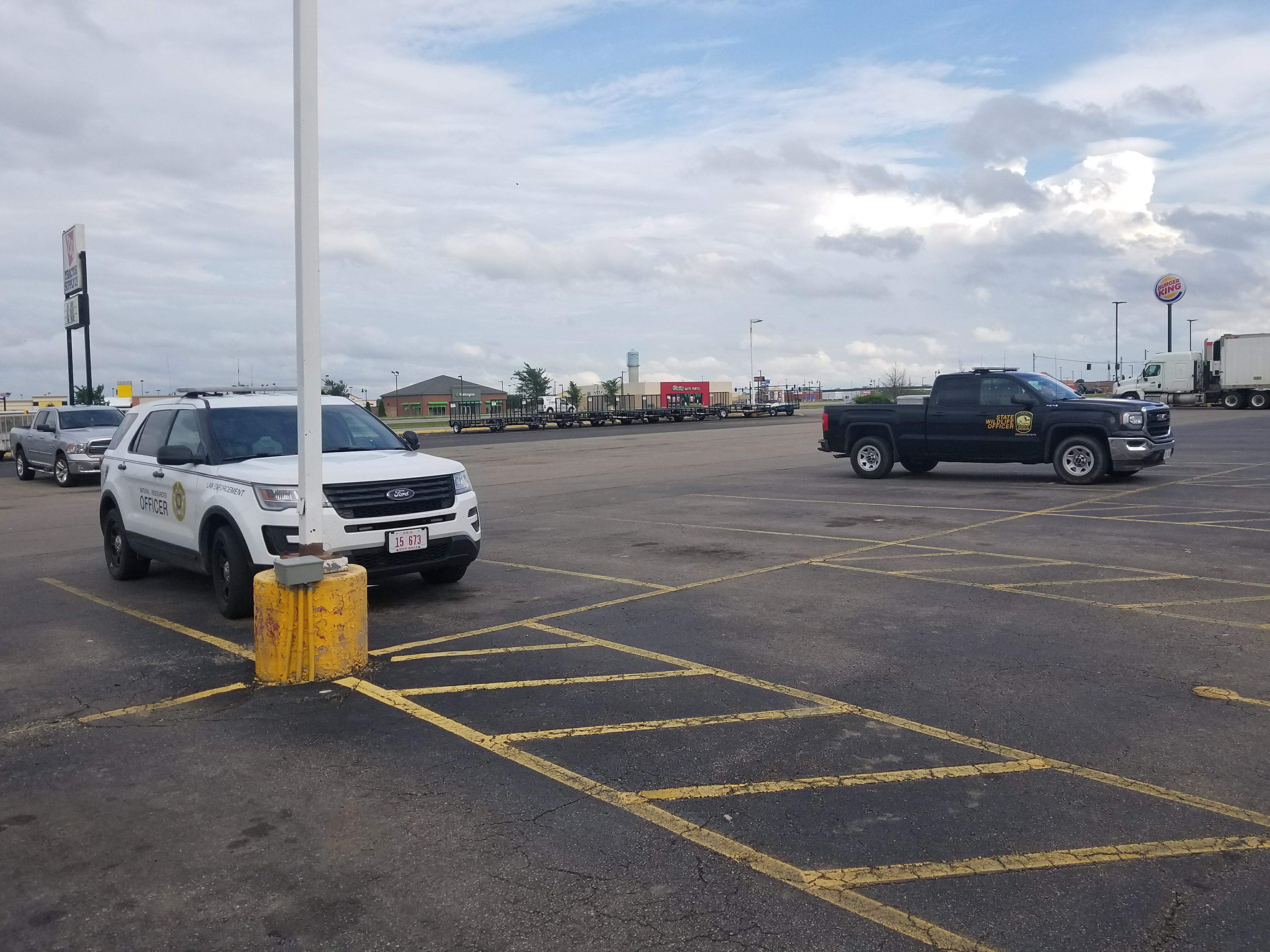 Kestrel Falcons is the smallest falcon, often called raptors or “birds of prey” these small about the size of a dove or blue jay feed mostly on grasshoppers, mice, and small birds.  Used commonly in falconry these birds are considered a “starter” bird because they are readily available and are aggressive against starlings and other nuisance birds.  The Kestrel lives about 2-5 years old and is common all across the United States. 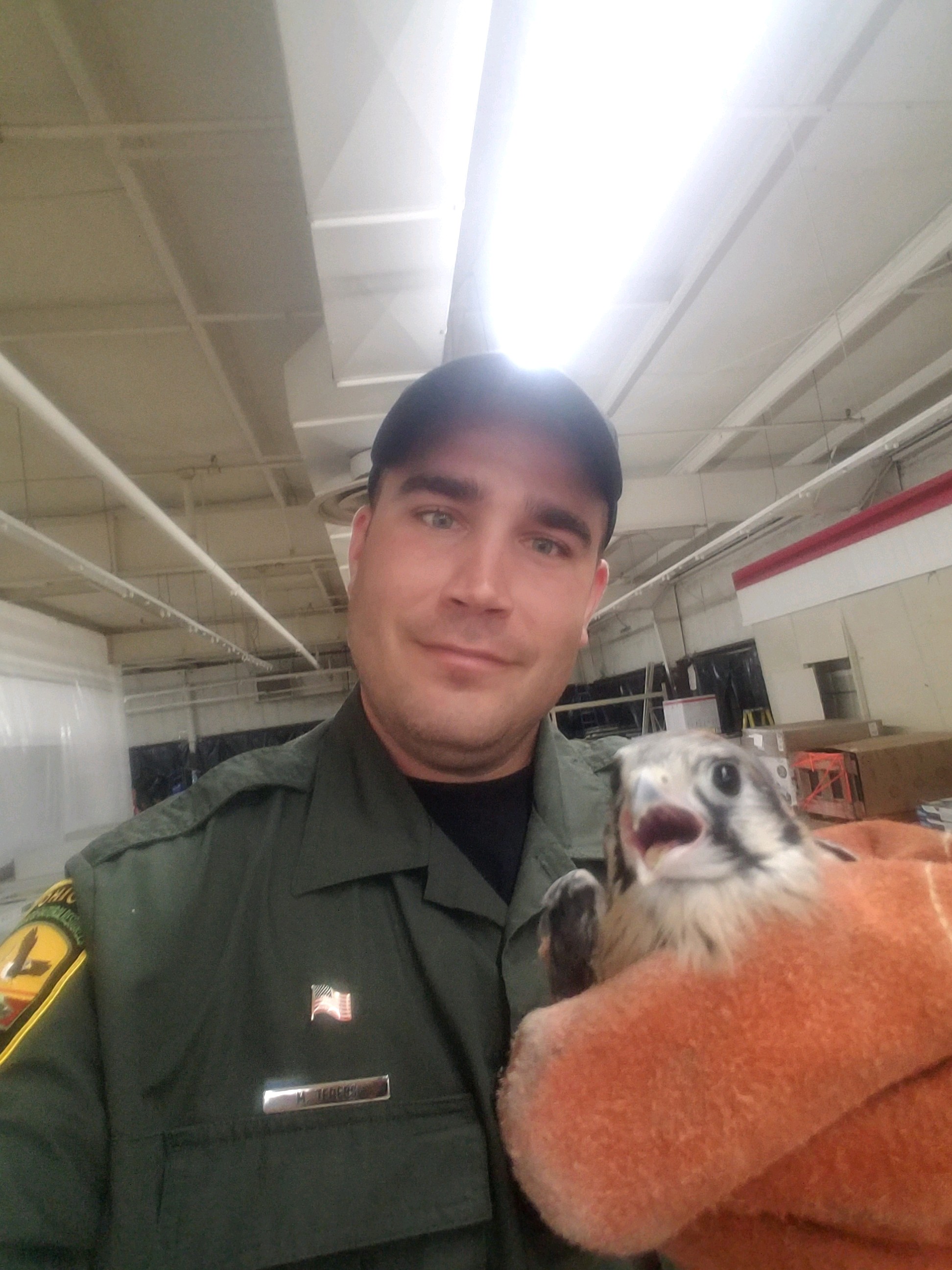 Ohio Department of Natural Resources Matthew Tenders said, “I don’t think they were nesting inside the building, I didn’t find any way for the parents to gain access to the building during night time for feeding.  I believe the juvenile Falcons, just learning how to fly were foraging and ended up flying through the open door and got trapped.  After we captured them, they were released into the wild.  They were older juvenile birds capable of flight and close to being on their own.”

If you find an animal on your property or see an animal in distress, you can contact ODNR at 614-265-6817 or visit the website at http://ohiodnr.gov/lawenforcement