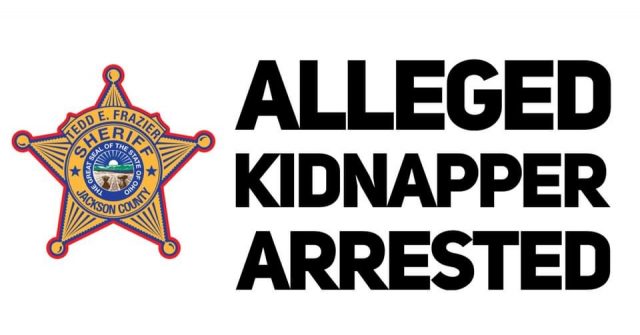 At 12:49 a.m. Jackson County dispatchers received an alert from the London Police Department (LPD), located in Madison County, that 21-year-old Ryan Harmon had taken his 3 month-old infant and may be en route to his father’s residence on Petersburg Road.

LPD explained that Harmon and the infant’s mother had gotten into a fight while in the vehicle. Harmon kicked the female out of the vehicle and took off with the infant. LPD told the dispatcher that Harmon had threatened suicide if law enforcement approached him. Harmon had been communicating via Facebook messenger. However, after a text was received, Harmon’s location was able to be traced and his probable route to a residence on Petersburg Road.

At approximately 1:20 a.m., a Jackson County Deputy observed the vehicle entering Scioto Township. Just three minutes later, Harmon was taken into custody without further incident. As of 3:15 a.m., Monday, Harmon is incarcerated at the Jackson County Correctional Facility on felony-level Abduction charges filed in Madison County. Harmon is expected to be extradited to Madison County as soon as possible.

The 3-month old boy was taken to Holzer Medical Center-Jackson for a routine check up and is expected to be returned to the care of the mother.

No other information is available at this time.