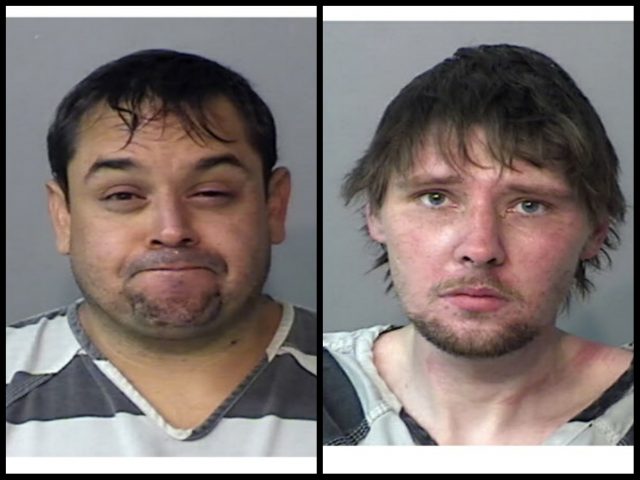 On September 25, while patrolling the area of Van Fossan and Weber Roads for a burglary suspect, a man, later identified as 27-year-old Charles A. Nickell of Straight Creek Road, Waverly, was observed standing in a driveway. When the deputy stopped and asked the man to identify himself, he immediately turned and ran into the nearby corn field, losing his shoes in the process.

Deputies set a perimeter and contacted the Ohio Highway Patrol’s Aviation Unit to assist in the pursuit. Authorities followed the man’s footprints to a nearby farm, where a caller reported a man was there matching the description of the one that fled from deputies earlier. Nickell was found lying in the grass, with an opened bag with what appeared to be a gram of crystal methamphetamine.

Nickell told deputies he believed he had an arrest warrant in Pike County, and he did not realize he was in Jackson County, when he ran. He was arrested m for Obstruction Of Official Business and taken to the Jackson County Correctional Facility.

The discovered narcotics have been sent to BCI for analysis. Nickell may face drug charges as well.

The investigation into the burglary in that area is continuing. It is not known at this time if Nickell was involved.

Joshua M. Weber, 37 of Weber Road, Jackson was arrested on Friday, September 25 after he fled from Jackson County Sheriff Deputies into a cornfield.
Deputies responded to a burglary complaint on Weber Road, which identified 37-year-old Joshua M. Weber as a possible suspect. When deputies arrived, Weber fled from authorities into a cornfield.
The Jackson County Major Crimes Taskforce, deputies, along with the Ohio State Highway Patrol Aviation Unit assisted in the manhunt, which lasted for several hours on Friday.
Weber, in attempt to evade custody, was discovered lying face down in approximately a foot of water. Weber was detained and walked to Weber Road, where he was then transported to the Jackson County Correctional Facility.
Weber is currently incarcerated on several outstanding warrant, including a warrant for domestic violence. He may face charges for obstructing official business and others stemming from the original burglary complaint.
The burglary complaint remains under investigation.