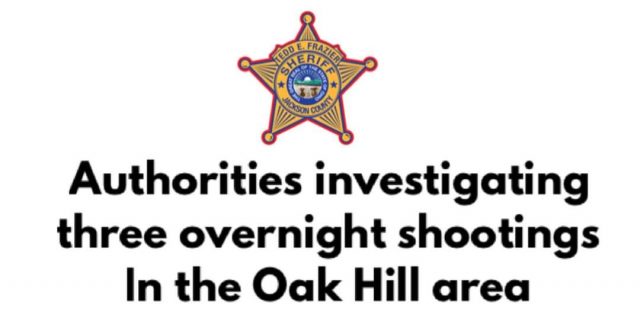 Jackson County OH- Jackson County Sheriff Tedd Frazier and Oak Hill Police Chief David P. Ward have released that their agencies are investigating two incidents where three people were shot. The incidents are believed to be connected and occurred in the early hours of Friday, October 30, 2020.

Authorities are reporting that three adults have been shot at two locations in the Oak Hill, Ohio area.

While JCSO, OHPD and the Ohio Bureau of Investigation (BCI) were investigating the Ohio Avenue scene, another call came in of a shooting just after 7 a.m. in Hamilton Township.

Lonnie L. Sheets, 58, and Lisa L. Sheets, 57, both of State Route 140,Wheelersburg. Both individuals are charged with a first-degree felony charge of felonious assault.

Additional charges are pending the result of a Jackson County Grand Jury for the shootings of Yeley and Tabatha S. Sheets.

No other information will be released at this time as this case is a continuing investigation.