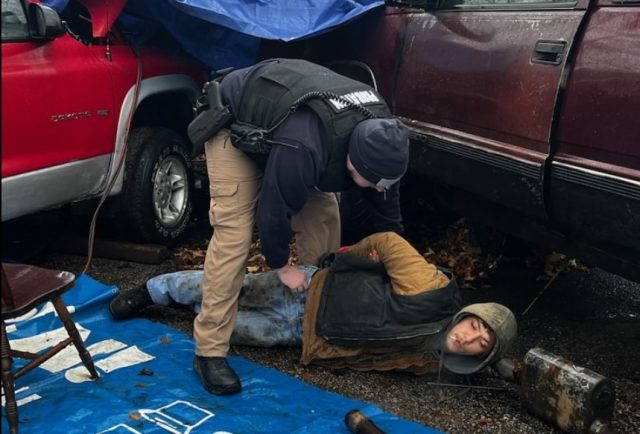 Jackson County – Hunter S Beckett was tracked down and arrested Wednesday by Municipal Court Probation Officers, assisted by the Jackson County Sheriff’s Office, on outstanding felony and misdemeanor warrants for his arrest. Beckett was wanted for probation violation in Jackson Municipal Court and for failure to appear in Common Pleas Court on a 2018 fleeing and eluding charge.

Beckett was also a suspect in several recent motor vehicle thefts in Jackson and Vinton Counties, including one that occurred on Tuesday, December 13th. The vehicle stolen on Tuesday was recovered at the Centerville Rd residence where Beckett was apprehended.