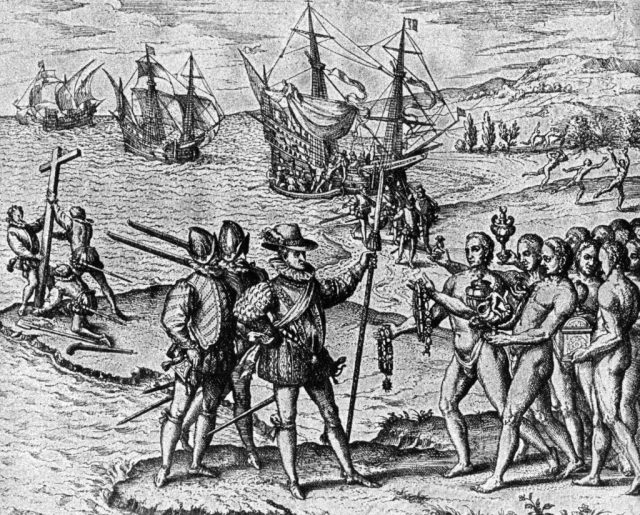 OHIO – When Christopher Columbus landed in the new world some say he discovered a new world, for Native Americans say he invaded it. Italians defend Columbus day as an Italian Holiday saying it represents their struggles with oppression in the 19th century.

Columbus day became a Federal holiday in 1972 and since 1992 Native Americans have been fighting to change the ideas around the holiday.

A movement has started to change the way we think of Columbus day that celebrates Christopher Columbus’s arrival into the new world on October 12, 1492, to a day that honors Indigenous communities and their resiliency against European explorers like Christopher Columbus.

Five states have also made the move to change the holiday to represent Natives, Minnesota, Vermont, New Mexico, Maine, and Louisiana and several others are working behind that. Some versions of Indigenous Peoples’ Day are being celebrated informally in many states.

Why? For Native Americans, Columbus Day is a reminder of colonial oppression in the hands of the United State conquers like Christofer Columbus and other colonists.

“Today we understand that while [Columbus] was an explorer and is credited with being one of the first Europeans to arrive in the Americas, we now know a great deal about the history and the way that he and his people behaved when they came to this continent,” said Shannon Speed, a citizen of the Chickasaw Nation and director of the UCLA American Indian Studies Center. “Which included pillaging, raping, and generally setting in motion genocide of the people who were already here. That’s not something we want to celebrate. That’s not something anyone wants to celebrate.”

Another side is the Italian Community saying this is their day to celebrate Italian Heritage and their contribution to what America has become. Italians want people to remember they also suffered religious and ethnic discrimination. Columbus Day was a way to humanize themselves to the discrimination they faced in the 19th century.

Where do you fall on today’s holiday?