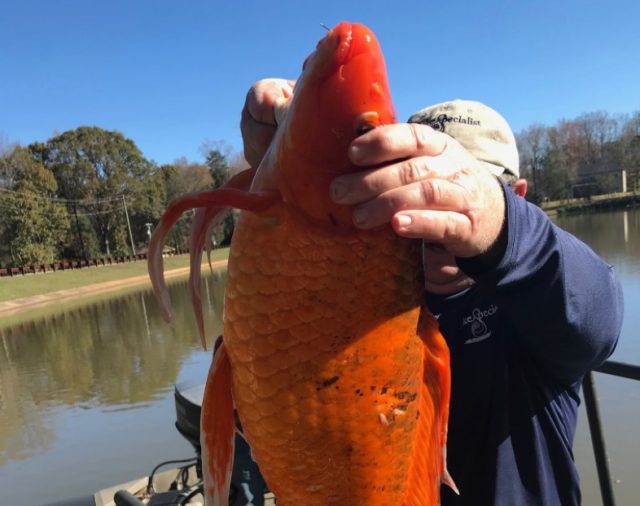 “Anyone missing their goldfish,” Greenville County Parks in South Carolina said on their Facebook post, about the massive goldfish that they found while testing.

The department used electroshock to count the fish in the water, this is done by a probe and it only stuns the fish for just a few minutes. The department said that they were not worried about the fish even though it doesn’t belong in South Carolina waters because it was a lone fish and no worries about it populating.

Normal goldfish that are bought from fish stores and won at carnivals can grow to be about 6 pounds, family members of the carp species they do well in ponds. This particular fish is way oversized for its species and a significant catch.

The department reported that since they did not have to worry about the fish populating they released the big guy back into the pond.