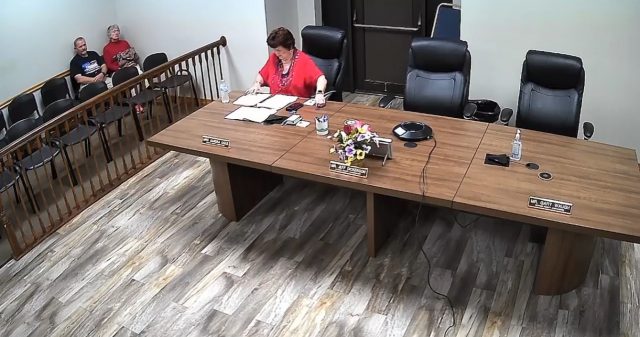 In a statement released to the public, the Commissioner said that people may have noticed that he has been absent from several of our weekly board meetings over the past several months and that he, “owes an explanation to the residents of this county whom I was elected to serve.”

In his letter, he says that he became ill several months ago and doctors performed many tests and eventually confirmed that he had Acute Lymphoblastic Leukemia, or, in layman’s terms, blood cancer.

The commissioner said that as soon as he was diagnosed he started to receive chemotherapy to fight the disease, but he had worked with doctors and formed a “battle plan” around his work schedule so he could attend as many board meetings as possible to, “continue to carry out my duties to minimize the disruption to the county.” Since then doctors have given him a positive prognosis after treatments.

When the Commissioner was asked if he would step down from his term he stated.

“I have heard whispers and even been asked quite bluntly if I intend to step down from my role as a County Commissioner prior to the end of my term. I felt the strong need to make it VERY clear to my friends, my family, and the residents of this great county who elected me to serve them, that I FULLY intend to fulfill my complete term of office and have no intentions of resigning, retiring, stepping down, or whatever term people want to use for “quitting early” That would simply be the easy way out, and for those who know me, know that will never be the path that I choose to take, ever. While my ailment is most certainly a bump in the road of life, it is not a dead end. I refuse to let this illness take anything further from me, especially one of my proudest achievements of my life as serving as your County Commissioner. With the continued support of my wife and family, my fellow Commissioners, and Clerk, there is no doubt in my mind that I can faithfully discharge my duties for the remainder of my term, which I fully intend to do.”