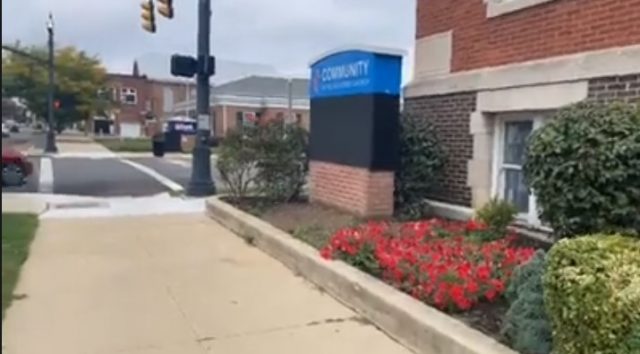 CIRCLEVILLE – A digital sign was approved monday night during the Historical Review board with conditions.

If you haven’t noticed Community United Methodist Church erected a new digital sign recently to replaced an aged-out sign that was in the same place. Where they came into some minor issues was that the sign was digital and that would need a certificate of appropriateness in order to not be in violation of the Historic Downtown district code.

If you live in a local historic district, you are bound by a local design review to follow the regulations of the historic preservation commission regarding the external appearance of your home. Any additions or changes you want to make to your home have to comply with the rules. In these cases, you must go in front of a Historical review board and your changes have to be approved. This extra step in these historical areas is to preserve the character of a historic district and maintain values.

Community United Methodist Church said that it wanted to bring the church to the 21st century while still respecting the historical look of the church, and came to the Historical review board armed with a compromise.

“We don’t want to be Las Vegas with our sign, we just want to display what’s happening. We want to respect the historical value and be connected to this 21st century.”

The church said to the review board that when they build the sign they used bricks and designs that reflected the 1900s church. They also put the sign in the original place of the previous sign and made it only one-sided.

“Research was done in other areas that had churches in Historical areas like New Albany and Mansfield when they got approval for their digital signs it was based on compromise,” said the Church, ” limiting colors, how many times the sign changes, no graphics or crazy colors, we are willing to make those compromises for this sign.”

The church said that they only want to put information on what’s going on or times of services.

The review board liked the idea of limiting the sign to several requirements, and settled on:

The top message of the sign must be static, only the lower part is allowed to change

Limited to two colors only with a black background

Hours of operation would be from 7 am to 11 pm powered down outside those hours.

The sign conformed to the size, it was smaller than the previous sign that it replaced. The reason for the replacement was age.

The board passed the sign giving it a certificate of appropriateness 4 to 1. The Church will now have to move on to BZA for final approval.

This is not the only digital sign in Downtown Circleville, another exists on Watt Street Tavern.