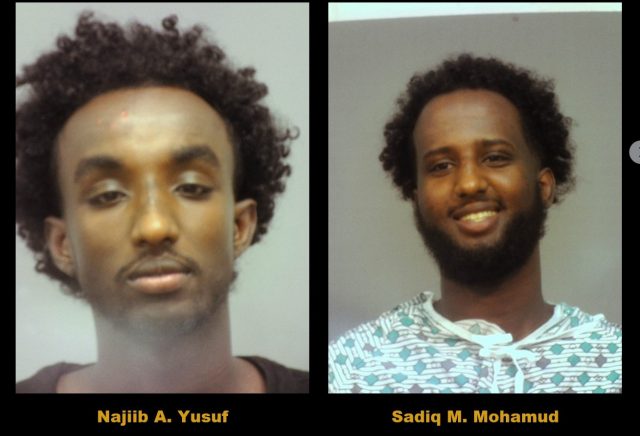 HOCKING – On Wednesday, July 20th, the Hocking County Sheriff’s Interdiction Unit was notified of two individuals who were at a local area pharmacy attempting to fill a prescription for narcotics using a fake prescription and forged identity documents.

Deputies responded to the pharmacy and when the individuals observed the cruisers, they fled in their vehicles. The vehicle accelerated to a high rate of speed while still in the parking lot and nearly struck two cruisers head-on.

Deputies initiated a pursuit with the vehicle which traveled westbound on US Route 33 and accelerated to a high rate of speed. Deputies contacted the Fairfield County Sheriff’s Office and Lancaster Post of the Ohio State Highway Patrol and requested assistance in the pursuit.

Law enforcement officers attempted to utilize spike strips to disable the vehicle while it traveled on the Lancaster Bypass of US Route 33 but were unsuccessful.

The vehicle continued to travel westbound towards Columbus at a high rate of speed, assistance was requested from the Franklin County Sheriff’s Office and Columbus Police Department.

The vehicle exited from US Route 33 onto the I-270 Outerbelt where it traveled until exiting onto US Route 16 (East Broad Street), near the Mount Carmel East Hospital Complex.

The suspects’ vehicle suffered incapacitating damage and the two suspects exited the vehicle and began to flee on foot where they were apprehended by deputies after a foot chase.
The two of the drivers of the three vehicles that were struck by the suspect were transported to the Mount Carmel East Emergency Room to be treated for their injuries.

Investigators seized multiple items of evidence from the vehicle, including a loaded handgun magazine.

The passenger, Sadiq M. Mohamud, 21 of Columbus, was arrested and charged with Failure to Comply with the Order or Signal of a Police Officer, a Felony of the 3rd Degree.

The pair were arraigned in Hocking County Municipal Court and were both held on a cash bond of $100,000. Additional charges are likely to be presented to the Hocking County Grand Jury at a later date.