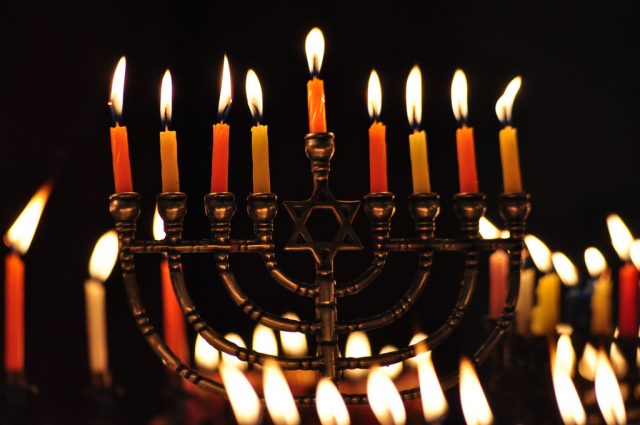 US – Hanukkah a Jewish holiday tradition begins tonight with the lighting of the first candle.

Hanukkah celebrates the victory of the Maccabees over the larger Syrian army. It also celebrates a miracle that happened during this time, where just a day’s supply of oil allowed the menorah (Hanukkiah or Hanukkah Menorah) in the rededicated Temple in Jerusalem to remain lit for eight days.

The Hanukiah the candle holder has nine branches. On the first night, only one candle is lit, on the right side of the hanukiah. On the second night, a second candle is added, and they are lit from left to right — but the Hanukkiah is filled from right to left. This continues for all eight nights. The candles are never lit directly – instead, the higher candle, (called a shamash, meaning “attendant”) is lit first, and then used to light the rest of the candles. While the candles are lit, blessings are said over them.

This holiday is celebrated with a toy called the dreidel a four-sided spinning top.