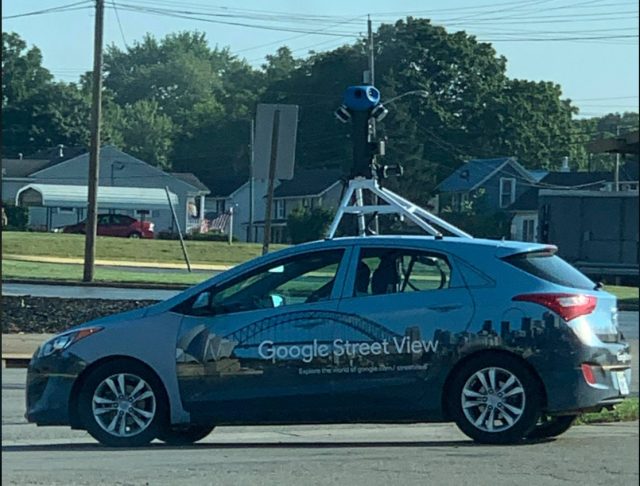 CIRCLEVILLE – Google Street View is certainly a handy feature, you can get a look at an area you have never been in, even see a location you are searching for on a map to see what it really looks like driving down the street. Google updates those maps once in a while, and some areas like Lancaster Pike really needed it.

Like most everything time changes how things look, sometimes buildings are removed or given a facelift, that’s why Google has these mobile devices to keep maps up to date, but that’s not really an easy task since you can use google maps all over the world.

Despite what you may have heard, Google is not actually using satellite technology to get its images. The primary way they obtain their photos is with their Google Street View cars.

These Google mobiles first debuted in 2007, and use special technology to take photos while driving down the streets. The image stitches itself into a sequence of photos so you get a full 360 view. Now some security is used, you can ask for homes to be blurred and license plates in the photos are blurred automatically.

It’s been some time since google updated the Lancaster Pike area, here’s a view from the old street maps on Stoutsville Pike that has yet to be updates that shows the old Pickaway Fairgrounds that was demolished several years ago now.