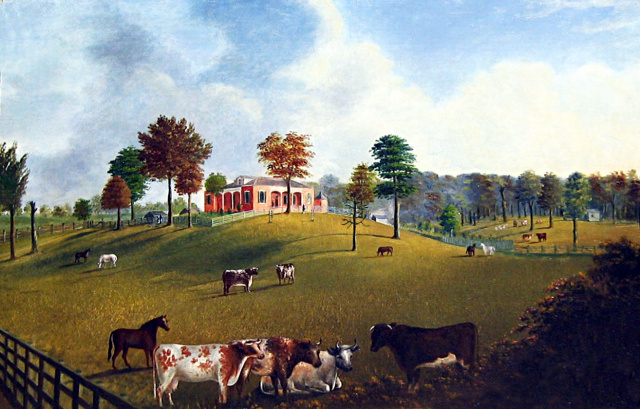 CIRCLEVILLE – On Sunday, July 21 at 6:30, The Pumpkin Show Community band and the Great Seal of Ohio Concert Band will present a joint concert at the historic Mt. Oval, 3601 Emerson Rd.  Circleville.  Over 90 musicians will perform with each band playing individual selections and then combining for the “Washington Post” and “Stars and Stripes.” Bring lawn chairs and enjoy this historic setting and band concert.

Both Bands have been performing for five decades.

“In 1979, Gary Dean and Drexel Poling talked with some former high school students and friends, and an original group of eight (8)  musicians played for the Pickaway County Fair, and the Amanda Soya Festival. Just prior to the Pumpkin Show that year, the word went out that more members were needed and dozens of local residents responded. The group was rechristened from “The Hometown Band” to ” The Pumpkin Show Band. Retired Circleville music teacher Clifford Kerns was named the Band’s director in 1980. He was the band’s Director from 1980 to his retirement from the band in December 2006. Mr. David Winter assumed the role of Director in December 2006.

Now, under the direction of David Winner, The Circleville Pumpkin Show Community Band performs approximately 16-20 days a year, from parades to concerts, from area festivals to more formal events, and in numerous communities in and around Circleville and Pickaway County.

In 1975, the Great Seal of Ohio Concert Band was formed in Waverly by William Tetrick and Tom Paridon to prepare a group for the 1976 Bicentennial Celebration.  After the Bicentennial, the band continued as the Great Seal Of  Ohio Band and moved its’ home to Ross County. The need for good band music in the area continued.  Members range from Jr. High age members to older Senior Citizens. Many counties from the state are represented in the group today including Ross, Pike, Fayette, Highland, Vinton, Pickaway and Lawrence.

The band was conducted by Mr. David Mossbarger for 28 years, and is now under the direction of Mr. John Huffman, retired Waverly High School Band Director. Other members direct a few selections, since there are several former or current Music Educators who play in the group.