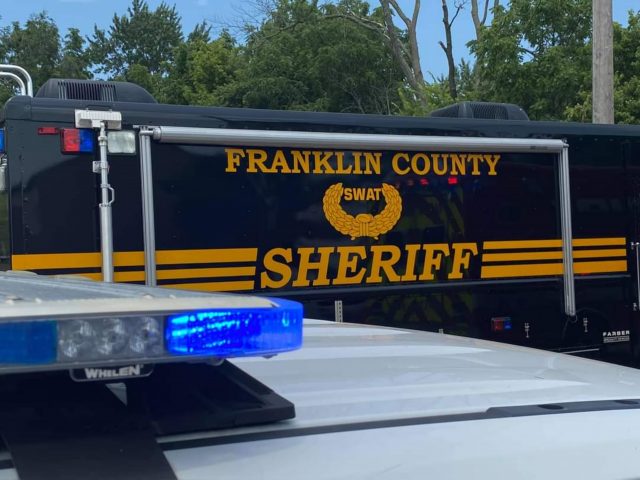 Franklin County OH- The Sheriff’s Office has released more details regarding a shootout with a hostage suspect that occurred earlier today. Below is the statement.

“We are so glad we got here in time.” A life saving intervention by a FCSO deputy and a Franklin Township police officer who responded to a report of a man holding a gun to a woman’s head in the area of Clime Road and Tall Meadows Drive. The suspect pointed his weapon at the police officer and there was an exchange of gunfire before the gunman barricaded himself inside a home. After more than 2-hours, the FCSO SWAT team safely took the suspect into custody. An incident that could have ended in tragedy resulted in no one getting hurt. Good job to everyone involved.”