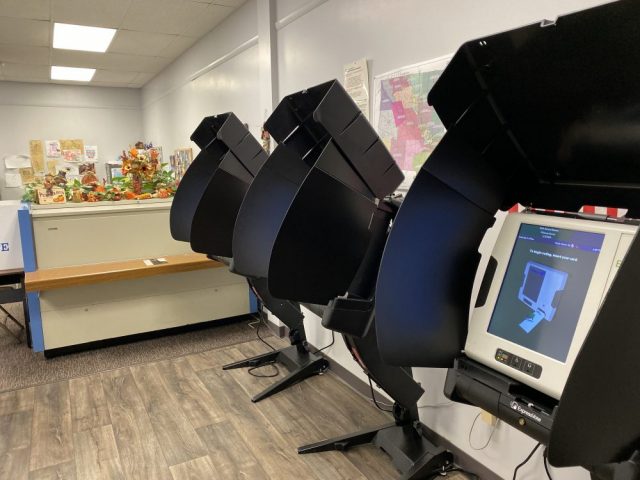 OHIO – As a result of a failure by the Franklin County Board of Elections to effectively follow a remediation plan as provided by the Ohio Secretary of State led to e-pollbooks failing once again to work properly on Election Day. Consequentially, Ohio Secretary of State Frank LaRose is placing the Franklin County Board of Elections on Administrative Oversight.

“On Election Day, November 2nd, 2021, a voter, hereafter referred to as Voter A, informed the Secretary of State’s office of an experience at a voting location where Voter A was able to vote, despite Voter A knowing they had already voted during the early vote period. Voter A was accompanying their spouse on Election Day and was informed by the poll worker that the e-pollbook did not list Voter A as having voted during the early voting period. Voter A expressed a concern that their ballot was not properly counted during the Early Voting period, and that led Voter A to cast their ballot again on Election Day. While every ballot cast does have a paper trail, ballots are anonymous, meaning there was no way to determine which ballot belongs to voter A. Because of this, both votes of Voter A were counted in the unofficial results released on Election Night.

E-pollbooks are used to check-in voters and determine if a voter had already cast a ballot or requested an absentee ballot. If a voter is listed as having voted or requested an absentee ballot, a voter is not allowed to cast a regular ballot. If a voter claims they have not already voted, but are still listed as having voted, they are to be given a provisional ballot.”

Upon learning of this situation, Secretary LaRose ordered an immediate inquiry into the matter. So far, the investigation has determined the following:

“Being able to quickly identify this failure by the Franklin County Board of Elections that allowed for three improperly cast votes is proof that Ohio’s elections work and are secure,” said LaRose. “To be clear, even one illegal vote is one too many, and we will ensure that the members of the Franklin County Board of Elections are held accountable.”