Ava was the first female wrestler to ever qualify for the state championship for wrestling at Teays Valley in 2021, but her love for physical didn’t start with wrestling but ballet.

When Miller was in grade school, her parents tried her in a ballet class. Her Parents watched as all the other girls stood in line and Ava leaped across the room as if she was dancing to her very own song. Even though she enjoyed it her parents said it wasn’t the exact fit for her.

After her parents introduced her to a host of other activities Ava settled into Brazilian Jiu-jitsu at Ronin Training Center, it was a fit. She entered her first tournament as a novice with the North American Grappling Association (NAGA) in May of 2016 at age 10 and won the first of many gold medals.

It wasn’t until 7th grade at Teays Valley West middle school she tried wrestling. She struggled a little with getting used to the rules of wrestling, used to working from her back or being able to use submissions like in Jiu-jitsu but still was able to place in several matches. Her relentless strive to be better Ava joined the Stieber Elite Wrestling Academy run by former four times NCAA national champion & World Champion Logan Stieber.

She looked forward to wrestling girls in high school, but with COVID restrictions she wasn’t able to practice with other girls in the Columbus area in 2021. Training centers and gyms were closed. When she got a chance to start her high school season as a Teays Valley Viking she was the lone girl on her team. She didn’t let that intimidate her.

Teays Valley Wrestling coach and history teacher, Todd Nace, says “Ava takes everything the boys throw at her. She works hard in practice, and the boys don’t take it easy on her. All of her hard work is certainly paying off with a number of firsts.”

Ava has done it again this year, just recently she finished 3rd at the Girls Southwest District tournament going 4-1 on the day. The only loss was to the number one girl in the state at 100lbs weight class.

Eva a Sophomore is now a two-time state qualifier with a record of 31-8 this year. She has not finished worse than 3rd in every girl’s event this year including a 1st place finish at the Hamilton Township Girls Open. Now she’s heading to state to make Pickaway county and her home school proud. 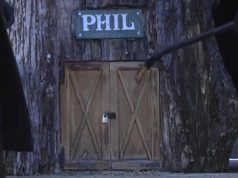