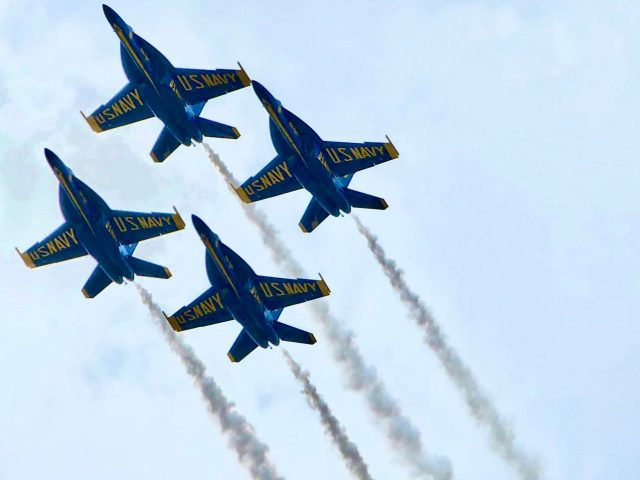 Among those team members selected this year is the squadron’s first woman F/A-18E/F demonstration pilot. For over 55 years, hundreds of women have served with the Blue Angels representing the very best of the Navy and Marine Corps. Come the start of the 2023 show season, these six selectees will join the ranks of the U.S. Navy’s most elite aviation officers, ground support officers, and enlisted maintenance personnel already serving on the team.

“We had an overwhelming number of applicants from all over the globe this year,” said Capt. Brian Kesselring, commanding officer and flight leader of the Blue Angels. “We look forward to training our fantastic new team members, passing on the torch, and watching the incredible things this team will accomplish in 2023.”

The selected 2023 officers include:

-Lt. Cmdr. Thomas Zimmerman, of Baltimore, Md., is currently assigned to the “Red Rippers” of Strike Fighter Squadron (VFA) 11. He graduated from the United States Naval Academy in 2009.

– Lt. Cmdr. Brian Vaught, of Englewood, Colo., is a naval flight officer currently assigned to the Naval School of Aviation Safety. He graduated from the University of Colorado in 2008. C-130 Demonstration Pilot:

-Lt. Philippe Warren, of Williamsburg, Va. is a flight surgeon currently assigned to the “Fighting Griffins” of Marine Medium Tiltrotor Squadron (VMM) 266. He graduated from the University of Virginia in 2014.

New team members will report to the squadron in September for a two-month turnover period. Upon completion of the 2022 show season, which concludes in November with the Blue Angels Homecoming Air Show at NAS Pensacola, the team will embark on a rigorous five-month training program at NAS Pensacola and Naval Air Facility El Centro, Calif.

The mission of the Blue Angels is to showcase the teamwork and professionalism of the United States Navy and Marine Corps through flight demonstrations and community outreach while inspiring a culture of excellence and service to country.