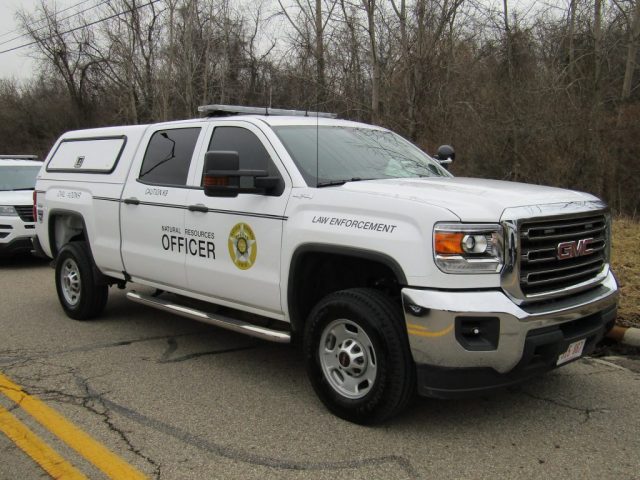 OHIO – Below is a collection of field reports from officers stationed all over Ohio, some in Southern Ohio

State Wildlife Officer John Coffman, assigned to Fayette County, received a call from a landowner experiencing beaver damage on their property. Officer Coffman verified it was a beaver causing the damage and connected the landowner with a local trapper who was able to remove the nuisance animal. If you are experiencing issues with wildlife, contact your county wildlife officer or 1-800-WILDLIFE (1-800-945-3543).

During the 2022 spring wild turkey hunting season, State Wildlife Officer Maurice Irish, assigned to Delaware County, received a report that two individuals had trespassed onto private property and killed a turkey. Officer Irish and State Wildlife Officer Tyler Eldred, assigned to Morrow County, identified two suspects. The individual who harvested the turkey did not possess a valid hunting license or turkey permit. The officers charged the two suspects with hunting without permission and illegally killing a turkey. They were ordered to pay $608 in fines and court costs, and the turkey was forfeited to the Ohio Division of Wildlife.

In late April, State Wildlife Officer Ryan Burke, assigned to Hancock County, Recently had two encounters that involved bald eagles. The first was a call about an injured bald eagle. Officer Burke captured the eagle and transported it to the Ohio Bird Sanctuary in Richland County for treatment. And then, in May, Officer Burke and Wildlife Outdoor Skills Specialist Jaron Beck presented to middle school students about bald eagles. They visited two middle schools in Findlay and spoke to hundreds of students about the eagle’s life cycle, diet, and population challenges.

State Wildlife Officer Austin Dickinson, assigned to Defiance County, and State Wildlife Officer Levi Farley, assigned to Paulding County, discovered abnormalities in white-tailed deer harvest records during the last weekend of archery hunting season. Officers Dickinson and Farley found three antlered deer and three antlerless deer that were illegally harvested. Three suspects were charged with and found guilty of falsifying information while game-checking a deer, harvesting more than one antlered deer per year, and harvesting more than three deer in a designated county. The suspects were ordered to pay $4,973.14 in restitution to the Ohio Division of Wildlife and more than $1,000 in fines and costs. Additionally, they forfeited a crossbow, venison, and deer antlers. They received 60 days of jail suspended and received a one-year hunting license revocation.

Last spring, State Wildlife Officer Zach Hillman, assigned to Cuyahoga County, received an anonymous complaint about an individual netting steelhead in the Chagrin River. Officer Hillman charged the individual in question with taking or attempting to take fish using a net. The case is pending in court.

In July, State Wildlife Officer Evan Huegel, assigned to Ashland County, was conducting routine fishing license checks at Charles Mill Dam when an angler requested first aid. He had slipped down the rock wall and suffered lacerations on his leg. Officer Huegel retrieved a first aid kit, cleaned the wounds, and applied bandages. The angler declined EMS and wanted to keep fishing. He was grateful for Officer Huegel’s response.

While on patrol, State Wildlife Officer Chris Gilkey, assigned to Meigs County, found a child walking along a busy state route. Officer Gilkey was able to get the child out of harm’s way and find their parents. The child had wandered off from a nearby residence. The parents were thankful that Officer Gilkey stopped to help, and their child was safe.

In July, State Wildlife Officer Darin Abbott, assigned to Lawrence County, and State Wildlife Officer Bob Nelson, assigned to Ross County, patrolled the Ohio River via boat and contacted more than 20 anglers. Most anglers were in compliance with fishing license requirements and daily limits, but Officer Abbott issued two summonses for fishing without a license. Both individuals failed to appear in Lawrence County Municipal Court and bench warrants have been issued.

A few weeks before the opening of Ohio’s snapping and softshell turtle season, State Wildlife Officer Brad Buening and State Wildlife Officer Houston Wireman, assigned to Mercer and Shelby counties, respectively, received a report of people tampering with an angler’s turtle lines. The caller reported having cut and stolen turtle lines in Auglaize County. The officers found the caller in possession of three snapping turtles in holding tanks. The individual was charged with possessing snapping turtles out of season. The suspect was later found guilty in Auglaize County Municipal Court and ordered to pay $250 in fines and court cost. The turtles were returned unharmed to the location where they were caught.