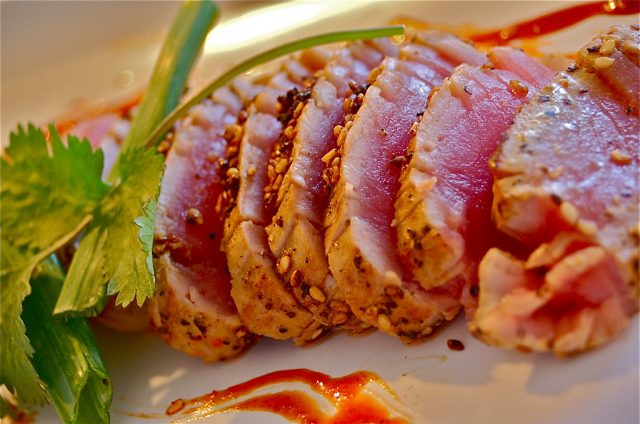 USA – The FDA is reporting it is taking steps against a Yellow fin tuna importer, also called ahi tuna until they prove they are meeting U.S. food safety standards.

According to a press release from the FDA, the FDA is investigating incidents of scombrotoxin fish poisoning centralized around on company Truong Phu Xanh Co, LTD of Vietnam.

FDA asked for the supplier of yellowfin tuna associated with most of the illnesses, Truong Phu Xanh Co., LTD of Vietnam, to initiate a voluntary recall of all of its imported yellowfin tuna with production dates from January 2019 to the present. At this time, the firm has not recalled any product.

FDA investigation has identified 47 illnesses of scombrotoxin fish poisoning that occurred between August 8, 2019 and October 15, 2019.

Throughout the investigation, FDA and states have also been collecting product samples for testing. Scombrotoxin fish poisoning occurs when fish begin to spoil, resulting in increased histamine levels. Therefore, product samples cannot be linked to case patient samples through Whole Genome Sequencing (WGS) or Pulsed-Field Gel Electrophoresis (PFGE) analysis like for other foodborne illnesses, e.g., Salmonella or Listeria. Instead, samples are tested for decomposition and/or histamine levels. Multiple samples have been collected and analyzed, with positive results for decomposition or high histamine levels in products imported from Truong Phu Xanh Co., LTD.

Ultimately, the coordinated investigation was able to identify Truong Phu Xanh Co., LTD as the common supplier of tuna that was likely consumed by most of the ill people.

Yellowfin tuna from Truong Phu Xanh Co., LTD with a production date in 2019 should not be consumed because it may have the potential to cause scombrotoxin fish poisoning. Tuna from this supplier could have been sold thawed or frozen; and could have been sold as ground tuna meat, poke cubes, steaks, or loins; this product could still be within its shelf life.­­

Scombrotoxin fish poisoning occurs when fish is not properly chilled or preserved and begins to spoil, resulting in increased histamine levels. Histamine cannot be destroyed by freezing or cooking.