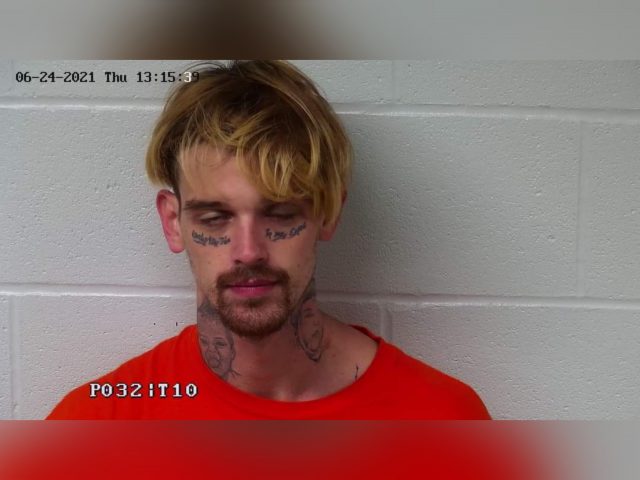 The search warrants were the result of a months-long investigation into drug trafficking by sheriffs’ detectives and agents of the US 23 Major Crimes Task Force. Further, investigative leads revealed that individuals reportedly associated to the narcotics investigation were possibly connected to an early morning homicide being investigated by the Washington Court House Police Department and subsequently, an early morning traffic incident on US 35.

​On Thursday morning at approximately 4:30 a.m., the Fayette County Sheriff’s Office Communications Center received a call of an erratic motorist traveling eastbound in the westbound lanes of US #35 near Milepost 76. Deputies checked the area, discovering that the vehicle had been involved in a crash and that another occupant had reportedly fled the vehicle.

Deputies identified the only occupant inside the vehicle as Kyle W. Wilson, age 28 of Washington Court House. A firearm, suspected narcotics, and US currency were located and Wilson was placed under arrest and charged with Possession of a Weapon under Disability, a felony of the third degree. Wilson was transported to the Fayette County Jail where he was incarcerated and is currently being held without bond due to the placement of a holder by the Ohio Adult Parole Authority.

​Shortly after 1:00 p.m. on Thursday afternoon, law enforcement officers executed a search warrant at the home of Roxanna Mann at 623 E. Paint Street in Washington Court House. The search warrant was executed without incident and several subjects at the home were identified and detained. During the search of the residence, articles of evidence were seized including suspected narcotics and US currency, and a firearm.

​At approximately 1:35 p.m. on Thursday afternoon, law enforcement officers executed a search warrant at the home of Kyle & Justin Wilson at 407 Broadway Street in Washington Court House. This search warrant was also executed without incident. Detectives identified two subjects inside the home and seized articles of evidence including drug paraphernalia items.

​No charges have been filed yet as a result of the search warrant executions. The cases will be forwarded to Fayette County Prosecuting Attorney Jess C. Weade for review and determination on appropriate charges after all evidence in the cases have been processed. The Washington Court House Police Department has identified a “person of interest” in the early morning homicide and their detectives are continuing their investigation.