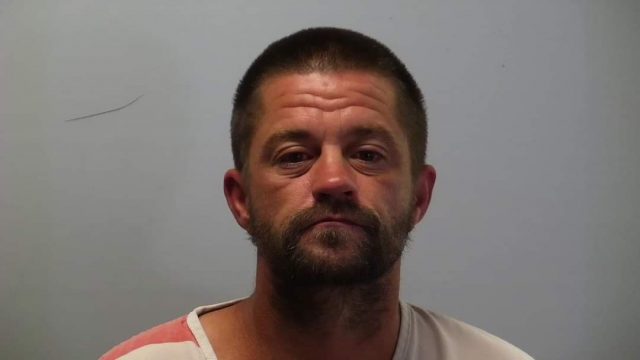 Fayette County OH- A Fayette County man was taken into custody early this morning by deputies following a reported home invasion at a residence on Zimmerman Road outside the Village of New Martinsburg in Perry Township, Fayette County, Ohio. The incident was reported to the Sheriff’s Office on Wednesday morning, October 21, 2020 at 7:40 a.m.

According to Sheriff Vernon Stanforth, residents inside the home discovered a male subject crawling through a window in the residence. The residents and children inside the home fled to the home of a nearby family member and contacted law enforcement. A deputy who was in the Perry Township area responded and arrived at the home within minutes, encountering a male subject, later identified as Bradley N. Carr, age 38 of Washington Court House, walking down the driveway away from the residence. Carr reportedly became non-compliant with the deputy’s commands and was taken to the ground and secured without further incident.

​During the course of the investigation, it was reported by a witness that Carr had exited the home in possession of a shotgun and ammunition that was later determined to be the property of the homeowner. Additionally, Carr was reportedly in possession of, and wearing clothing items that were also reported to have been taken from the home. When confronted by the witness prior to the arrival of the deputy, Carr reportedly turned over the firearm, ammunition, and a piece of paper money before fleeing down the driveway and encountering the deputy.

​Carr was transported to the Fayette County Jail and incarcerated, charged with Burglary, a felony of the second degree and Theft of a Firearm, a felony of the third degree. Carr will be held in lieu of bond pending his initial arraignment before the Washington Court House Municipal Court.