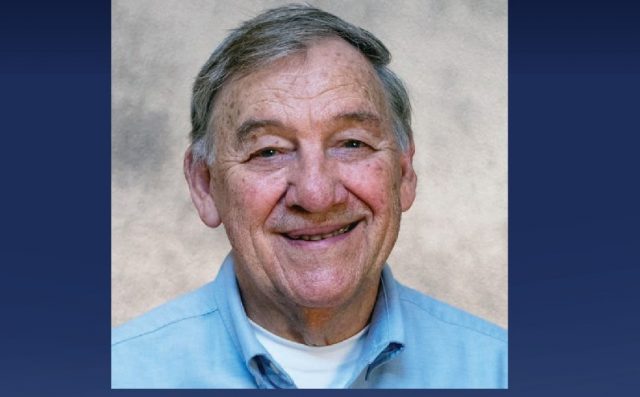 Columbus, Ohio – The Ohio Department of Aging (ODA) will induct four central Ohio residents into the Ohio Senior Citizens Hall of Fame during a special ceremony at the Statehouse Atrium in Columbus on Wednesday, Sept. 14, 2022. The four are among 15 outstanding older Ohioans being inducted this year for a lifetime of contributions and accomplishments.

Ken Culver, of Lancaster, along with Columbus residents Debbie Cannon Freece, Jerry Rampelt, and Vaughn Wiester will be recognized by their peers, Governor Mike DeWine, the Ohio General Assembly, the Ohio Association of Area Agencies on Aging, and leaders from Ohio’s aging network.

“I am honored to congratulate the newest members of the Ohio Senior Citizens Hall of Fame,” said Ursel J. McElroy, director of the Ohio Department of Aging. “This year’s inductees possess a diverse range of experiences they have used over their lives to contribute to their communities in meaningful ways. Among them are doctors, teachers, veterans, philanthropists, historians, musicians, actors, and more. But while they may have different backgrounds, one thing they all share is a calling to go above and beyond to help others. They have each had a profound impact across the state and are well-deserving of this prestigious achievement.”

Ken Culver has served his neighbors near and far as an organizer, planner, and performer. His service started in the Peace Corps as a community developer for the organization. He has served many Fairfield County organizations, including the United Way, Rotary, Habitat for Humanity, and others. After retiring, he also was interim executive director of the Fairfield County Big Brothers, Big Sisters organization, Lancaster City Council President from 2007-2013, and director of the Lancaster Festival. As a positive leader, innovative thinker, trusted mentor, and capable advisor, Mr. Culver has earned the unofficial title of “Lancaster’s go-to guy.”

During her 50+ years in the field of nursing, Debbie Cannon Freece has been a caregiver and advocate for her patients and their families, and a leader and mentor for the next generation of nurses. She worked for 12 years with legislators, the Ohio Board of Nursing, and nurses in every corner of the state to obtain legal recognition for nurses in advanced practice (e.g., nurse practitioners, nurse anesthetists, etc.). This has had a major positive impact on the health of millions of Ohioans and her sustained efforts in getting the law passed are acknowledged inside and outside the profession.

Jerry Rampelt has dedicated much of his life to education, both as a social studies teacher for a decade and through his research and consulting efforts relating to school district levies. At age 62, he created Support Ohio Schools (SOS), a nonprofit organization designed to assist public school district levy committees in passing levies with a focus on districts that historically struggled to pass them. He has worked with 325 school levy committees over the past 12 years, spending countless hours meeting with community members and school personnel across Ohio. In 2010, he was named one of 37 people nationwide as a Purpose Prize Fellow by Encore.org (now GEN2GEN) for the creation of SOS.

Vaughn Wiester is a Navy veteran, renowned jazz musician, and educator who was part of the pioneering of the jazz program at Capital University. In 1979, he was asked to be a part of the newly developed jazz studies program at Capital University, where he spent 17 years teaching music and directing jazz bands. He founded the Famous Jazz Orchestra (FJO) in 1992 and has worked with the Columbus Jazz Orchestra, the Cleveland Jazz Orchestra, the Dayton Jazz Orchestra, and several other bands throughout the years. He has earned several awards, including the Columbus Mayor’s Certificate of Appreciation in honor of the FJO’s 20th anniversary in 2017 and induction to the Columbus Senior Musicians’ Hall of Fame.

The Ohio Senior Citizens Hall of Fame was established in 1977 to honor Ohioans age 60 and older for achievements, their contributions to others, and the roles they play in their communities. Their stories are compelling and represent lifetimes of dedication, ingenuity, perseverance, kindness, and compassion. This year’s inductees range in age from 66 to 101, and bring the total number of Hall of Fame members to 501.

The Ohio Channel will stream the ceremony live starting at 1:30 p.m. on Sept. 14, 2022. It can be viewed here: https://www.ohiochannel.org/live/special-events. Photos and full bios of all the 2022 inductees are available at https://www.aging.ohio.gov/halloffame.