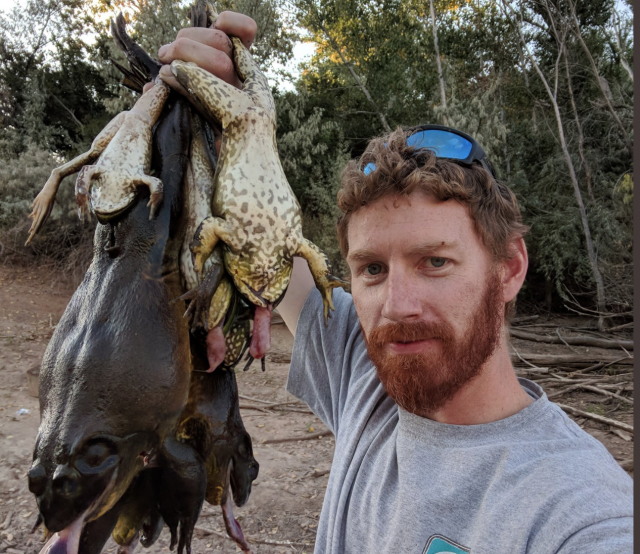 UTAH – When an invasive species takes over UtahDNR says that they are willing to eat their way out of the problem, by opening the limit on the invasive enormous bullfrog.

“Eat as many a you want, they are invasive so no limit,” said UtahDNR, “they’re really tasty!”

Not only did the department of natural resources say there was no limit to the frogs but also offered up cooking suggestions for the green creature.

The species the American Bullfrog not native to the state is being blamed for causing, “declines in many amphibian species native to Utah,” according to the Utah Division of Wildlife Resources.

These frogs get big, the bullfrog of the species is said to get over eight inches in size and up to 1.5 pounds and they will eat just about anything that will fit in their mouths.

You can find enormous #bullfrogs here in Utah. They're an invasive species (so catch as many as you want), and they're really tasty!

See this blog post for tips on catching and cooking them: https://t.co/1xtdnno5ZO pic.twitter.com/cXrxDLJgvo