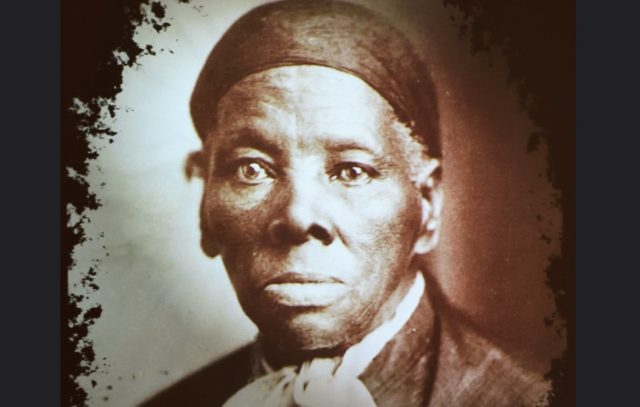 WASHINGTON, DC – Last night, the U.S. Senate passed bipartisan legislation introduced by U.S. Senators Rob Portman (R-OH) and Jacky Rosen (D-NV) the Harriet Tubman Bicentennial Commemorative Coin Act, to honor the life and legacy of Harriet Tubman with the creation of commemorative coins bearing her image and emblematic of her legacy. The coins mark what would have been Tubman’s 200th birthday in March 2022 and will be paid for by sales to the public, at no cost to taxpayers.

“Harriet Tubman selflessly and courageously dedicated her life to helping others escape from the bondage of slavery,” said Senator Portman. “She was a trailblazer who paved the way for civil and women’s rights leaders to follow in her stead. With the Senate passage of this bipartisan legislation, I’m pleased that we are one step closer to honoring Tubman’s life and legacy.”

“Harriet Tubman’s incredible life story is an inspiration to us all,” said Senator Rosen. “After escaping slavery herself, Tubman went on to risk her life and safety to help more than 70 enslaved African Americans escape to freedom. From her work as a spy and a nurse for the Union Army during the Civil War, to her leadership in the women’s suffrage movement, Harriet Tubman is an American hero and I am thrilled that this bipartisan legislation to recognize her legacy is one step closer to becoming law.”

“Harriet Tubman is one of the most revered figures in American history and the ongoing fight for inclusive freedom. The passage of this legislation in the United States Senate rightly enshrines her among our nation’s pantheon of heroes,” said Woodrow Keown, Jr., President and COO of the National Underground Railroad Freedom Center. “It is an essential step in ensuring our national heroes reflect the true diversity of those who have contributed so significantly to our nation’s democracy. Minting Ms. Tubman’s likeness on a commemorative coin will encourage people to learn more about this extraordinary leader who had such a profound impact on American history and culture. Modern-day abolitionists continue to be inspired by the principles of courage, cooperation, and perseverance she exemplified to better our country.”

“We support the bipartisan effort to recognize the legacy of Harriet Tubman, also known as the Black Moses,” said Tim Roberts, President the Ohio Conference NAACP. “Personally I want to thank Senators Portman and Rosen for taking the lead is sponsoring the Harriet Tubman Bicentennial Commemorative Coin Act.”

“I am delighted to join with others who pause today to celebrate the Harriet Tubman Bicentennial Coin Act. Known as the Black Moses, Ms. Tubman led the way for 70 slaves to escape to freedom,” said Bishop Timothy J. Clarke, First Church of God, Columbus, Ohio. “Her courage and her commitment changed the course of history. Her story is history! Thanks to Senators Portman and Rosen for leading in making this honor possible.”

“We are pleased to see the bipartisan support for our beloved patriot, Harriet Tubman, in her bicentennial year,” said Dr. Dennis V. Proctor, Chairman of the Harriet Tubman Home, Inc. and Presiding Bishop of the State of New York for the African Methodist Episcopal Zion Church, the chosen church of Harriet Tubman. “The three commemorative coins from the U.S. Mint are most fitting. We are the stewards of Tubman’s legacy. Our goal remains to find meaningful ways to share Harriet with freedom loving people throughout the world. The coins are a symbol of Tubman’s quest for freedom, equity and destiny – the ideals of democracy!”

“In this bi-centennial year of Harriet Tubman it is huge that there is bicameral and bipartisan support to honor her life and legacy with the commemorative coins,” said Karen Hill, President and CEO of Harriet Tubman Home, Inc. “Tubman’s heroism, patriotism and activism are all a part of what made America. We thank Rep. Katko and Rep. Meeks in the House and Sen. Rosen, Sen. Portman, and Sen. Schumer for their work in making the Harriet Tubman Bicentennial Commemorative Coin Act a reality. We look forward to working with the Treasury Department, and corporate and non-profit partners to ensure that these coins saturate America and become a beloved family keepsake. Again, many thanks to all who are making this a reality.”

The Harriet Tubman Bicentennial Commemorative Coin Act (S.697) directs the Department of the Treasury to mint and issue – at no cost to American taxpayers and for a surcharge to purchasers –  $5 gold coins, $1 silver coins, and half dollar clad coins bearing Tubman’s image and emblematic of her legacy, all of which would be legal tender. Proceeds from the sale of such coins to the public would pay for any costs associated with their minting. Surcharges received by the Treasury would be paid equally to the National Underground Railroad Freedom Center in Cincinnati, Ohio, and the Harriet Tubman Home in Auburn, New York to help fulfill their missions of telling the stories of abolitionists and inspiring the public by sharing Harriet Tubman’s core values and promoting her enormous legacy.