CIRCLEVILLE – During a public hearing to rezone on August 4, 2020, Duke and Duchess owned by Englefield Oil asked to rezone their property located at 235 East Main Street for expansion of a new remodeled location.

Duke and Duchess has been at the location for 35 years according to locals and the company and now they are planning an expansion that would increase the store size, parking lot, and safety.

During the meeting last night Architects from Wachtel & McAnally explained a plan to demo the old Pittsburg Paints location at 221 East Main Street and expand the station into that lot combining the two. The site plan calls for a increased store size, more gas pumps, and new curb cuts that is aimed at more safety for entering and exiting the location.

“We have been a member of the community for 35 years, and we have seen the city grow and we would like to grow with it.”

Another positive feature is the gas tanks and lines would be removed and new tanks with more safety features would be installed in the location, but this proposal had some pushback from the neighbors and the Downtown group Uptown Circleville who aims for historical preservation in the downtown area. 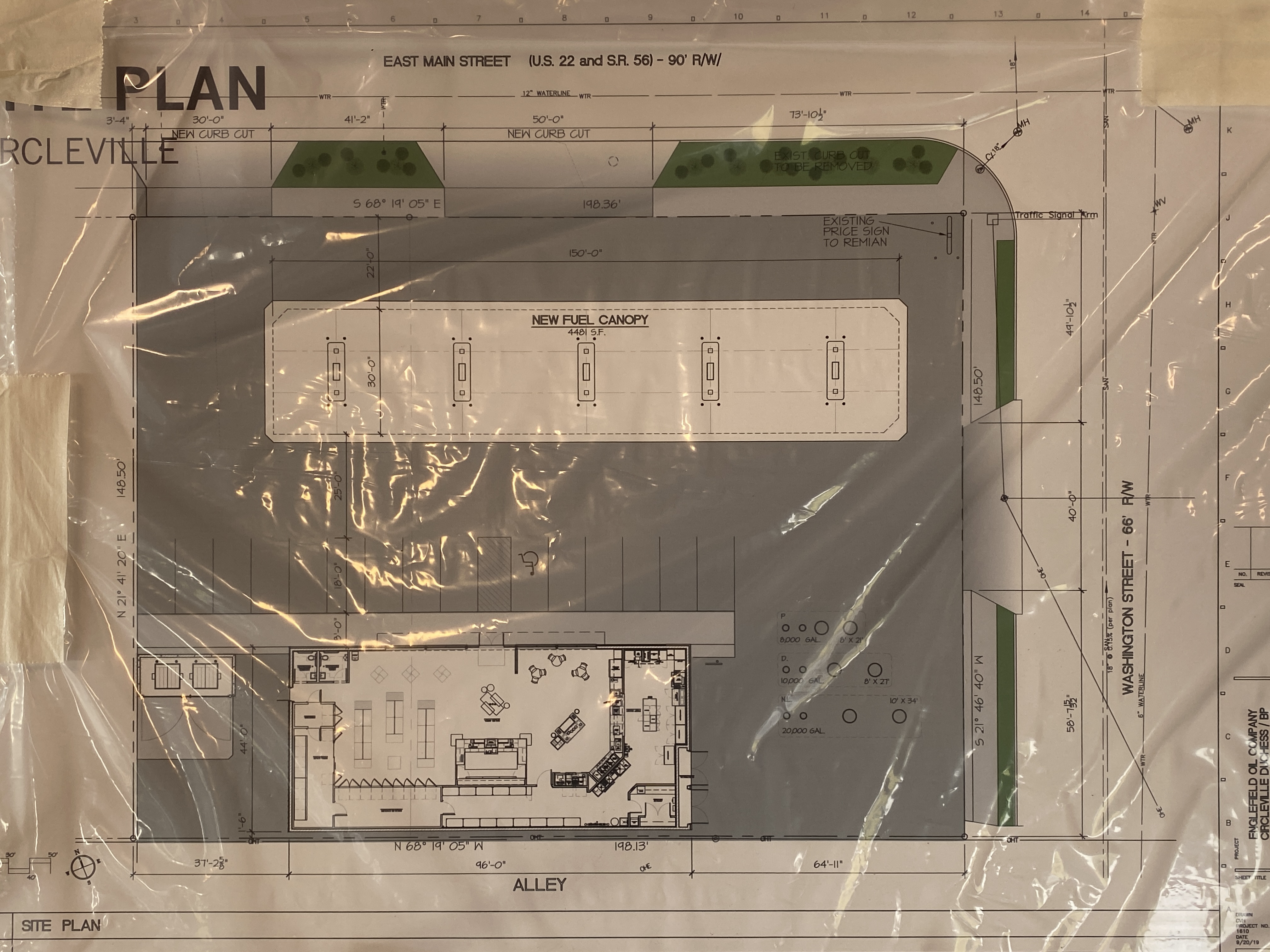 Uptown design committee Dale Herron said that council has the opportunity during this discussion to set a benchmark to what the downtown of Circleville will look like. Preserving the look of Circleville downtown and the Historical integrity of downtown.

“We have a lot of the mid century buildings going on, it would be ill-advised to plop a suburban style building in the middle of an historical district, to keep in context of the neighborhood. Just to try to maintain the consistency of form and style in the area.”

Herron mentioned several locations downtown that are newer builds that matched the look of historical downtown and suggested that the builders changed their plan to try to match more with the area.

Neighbors made complains that for the past 35 years their neighborhood hasn’t been dark due to the 24/7 operation of the business. They also complained of drug activity and garbage that blows into their adjacent properties. The builder argued that a newer facility may curb activity with more lighting and newer surveillance equipment.

Mayor of Circleville reminded citizens that the gas station has been there for 35 years and the reason why it has been there was because its profitable and will most likely stay a gas station in the future. The only relevant question is do was want it as it exists now or do we want it improved?

Duke and Duchess said that if the city does not allow the zoning change that they will continue to operated the gas station as they have for the last 35 years, and only do minor improvements to the location. The upside to a new location would be better access, more jobs, and they could offer more to locals with more gas pumps and more store footprint.

Council could stop the expansion by denying the a rezoning of the former paint property from DB (downtown business) to GB (General Business). If Council was to allow the rezoning the owners would then have to go to a zoning board to get more approval.

According to Duke and Duchess if plans are approved they expect to break ground on the new project by spring of next year and finish mid summer based on weather.