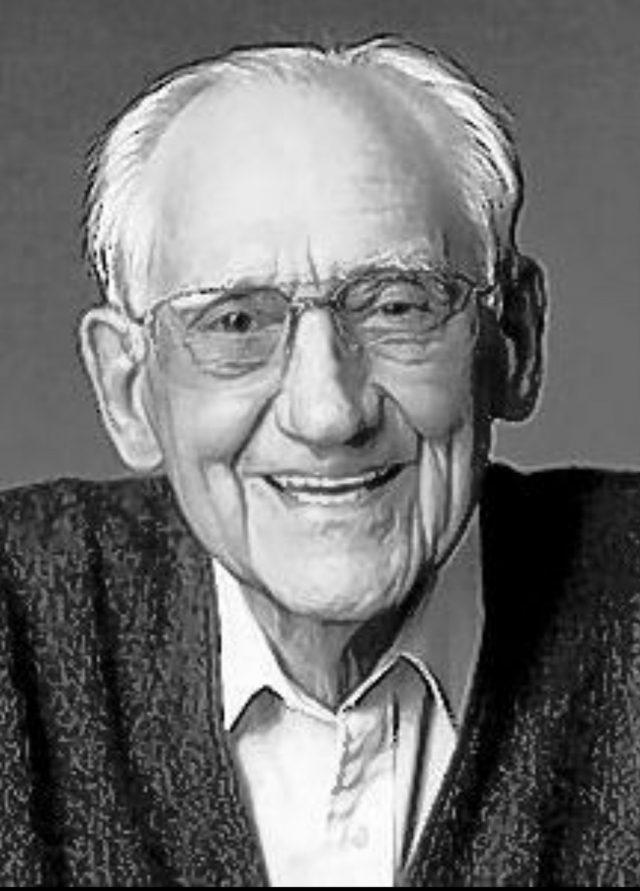 Dr. Melvin Maxwell died on July 4, 2020 in Winter Haven, Florida. He was 98 years old. He lived a life for God and others.
He is survived by his present wife, Betty Maxwell. His first wife, Laura, died on July 14, 2009. Their three children are Larry (Anita) Maxwell, John (Margaret) Maxwell, Patricia (Steve) Throckmorton.
Melvin will be missed by his grandchildren, Todd, Amanda, Chad, Elizabeth, Joel, Rachael, Jennifer and Seth; along with their spouses and 17 great-grandchildren.
Melvin Maxwell served in various phases of ministry for 75 years. He pastored in Michigan and Ohio. For eight years, he was district superintendent over 165 churches and planted 40 new congregations. In 1964, Dr. Maxwell became President of Circleville Bible College (now Ohio Christian University.) Under his leadership, college enrollment increased 500 percent and eight new buildings were erected. In his later years, he was Director of Stewardship for World Gospel Mission and served as a volunteer chaplain for Vienna Square, the assisted living facility where he resided.
Dad did not pass away â€¦ he passed over into the presence of God where he is hearing the words of His Heavenly Father, “Well done good and faithful servant. You have been faithful with a few things; I will put you in charge of many things: enter into the joy of your Lord.”
The service will be on July 9 at the First Church of the Nazarene, 244 Avenue Drive Southwest, Winter Haven, Florida 33880.
In lieu of flowers, the Maxwell family requests that donations be given in Melvin’s memory to EQUIP, a non-profit organization that trains leaders. EQUIP Leadership, 2050 Sugarloaf Circle, Duluth Georgia 30097 – www.iequip.org.
Oak Ridge Funeral Care is in charge of the arrangements.